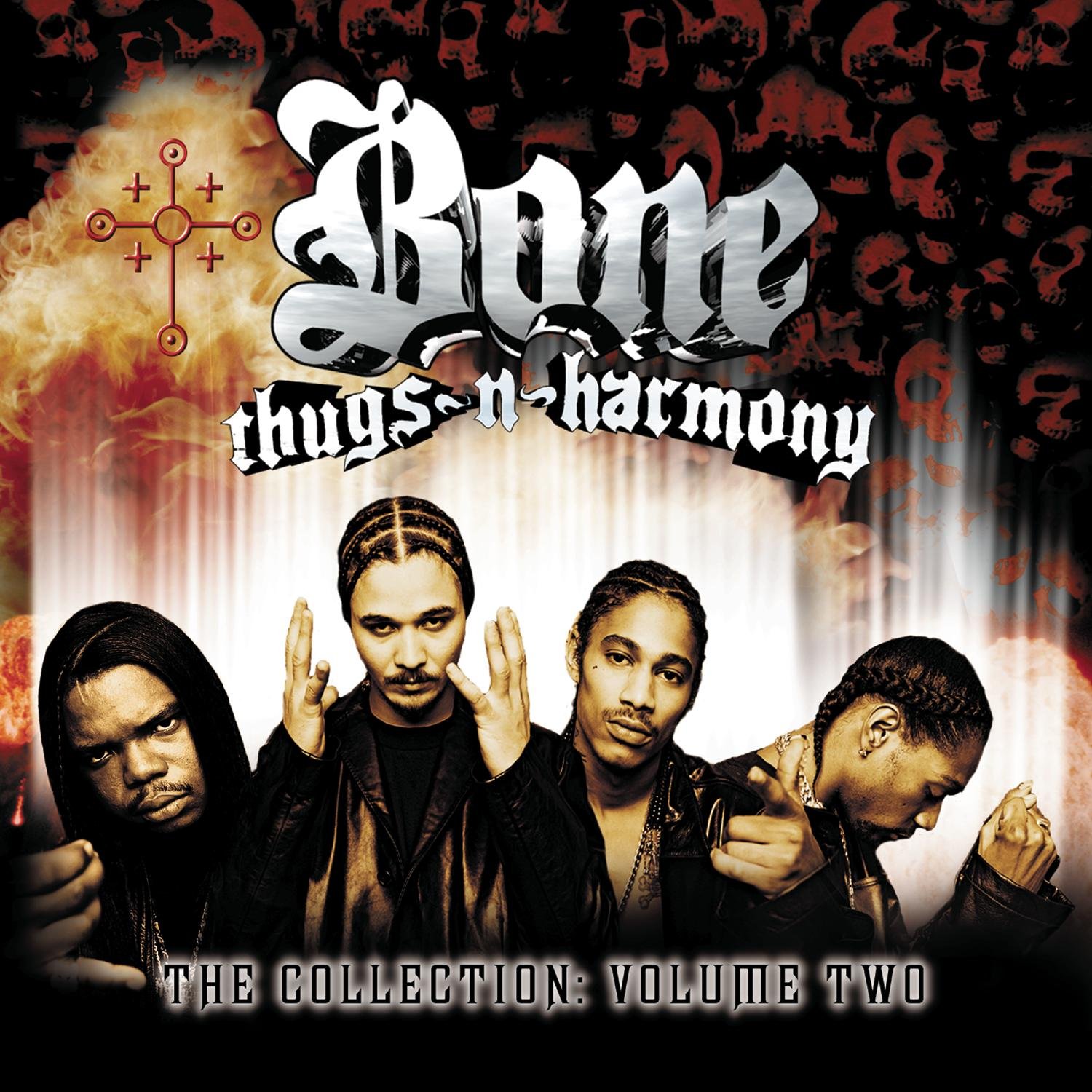 Bone Thugs-N-Harmony is a hip-hop group that includes members Bryon Anthony “Bizzy Bone” McCane II, Charles “Wish Bone” Scruggs, Steven “Layzie Bone” Howse, Anthony “Krayzie Bone” Henderson, and Stanley “Flesh-n-Bone” Howse. The group is credited with popularizing the Hip Hop subgenre Chopper Rap during the 1990s, a fast-paced style type of rap that was established in the Midwestern United States. Bone Thugs-N-Harmony was established in Cleveland, Ohio, in 1991. The group initially called themselves the Band-Aid Boys. In 1993, the group who then went under the name B.O.N.E. Enterpri$e, released their debut solo album, Faces of Death. The album failed to chart.

Later that year, 1993, the group was introduced to Eric Lynn “Eazy-E” Wright by Dodge “Diego Black” Hodge, who was one of the producers of their album. They auditioned for Eazy-E were signed to his record label, Ruthless Records in Los Angeles, California. He renamed them Bone Thugs-N-Harmony. In 1994 the group released their debut Extended Play (E.P.) album Creepin on ah Come Up which featured the singles, “Thuggish Ruggish Bone” and “Foe Tha Love of $.” This would be their first album to sell over four million units and be certified multiplatinum. Tragically, while the group was working on their second studio album for Ruthless Records, Eazy-E died from complications of AIDS on March 26, 1995.

The group’s next studio album E. 1999 Eternal released in 1995 featured the singles “1st of tha Month,” “East 1999,” and “Tha Crossroads.” The album, a tribute to Eazy-E, would become their bestselling album selling well over four million units and would be certified multiplatinum. E. 1999 Eternal was nominated for Best Rap Album at the 1996 Grammy Awards.

In 1997, Bone Thugs-N-Harmony released their third album for Ruthless Records, The Art of War which featured the singles “Look into My Eyes” and “If I Could Teach the World.” This was their third album to sell more than four million units and be certified multiplatinum. In 2000, the group released their fourth studio album called BTNHResurrection which includes the singles “Resurrection (Paper, Paper),” “Change the World,” and “Can’t Give It Up.” This album sold a million units and was certified platinum.

Over the next two decades Bone Thugs-N-Harmony would release other studio albums, including Thug World Order (2002), Thug Stories (2006), Strength and Loyalty (2007), Uni5: The World’s Enemy (2010), The Art of War: World War III (2013), and New Waves (2017). Despite its musical success, the group has been involved in several controversies including rap feuds with Three Six Mafia, Carl Terell “Twista” Mitchell, Tommy Wright III, and Crucial Conflict during the 1990s. Adding to the controversy, there have been conflicts within the group as members have left Bone Thugs-N-Harmony during different periods.

Ironically, nearly three decades after the rap feud with Three Six Mafia began, they made a joint appearance on the webcast series Verzuz on December 2, 2021. During the show a fight occurred between Bone Thugs-N-Harmony member Bizzy Bone and Three Six Mafia member Jordan Michael “Juicy J” Houston after insults were thrown at each other. Despite the fight, the show continued, with both groups performing the leading songs of their respective careers. Bone Thugs-N-Harmony is still active in the entertainment business as of 2021.