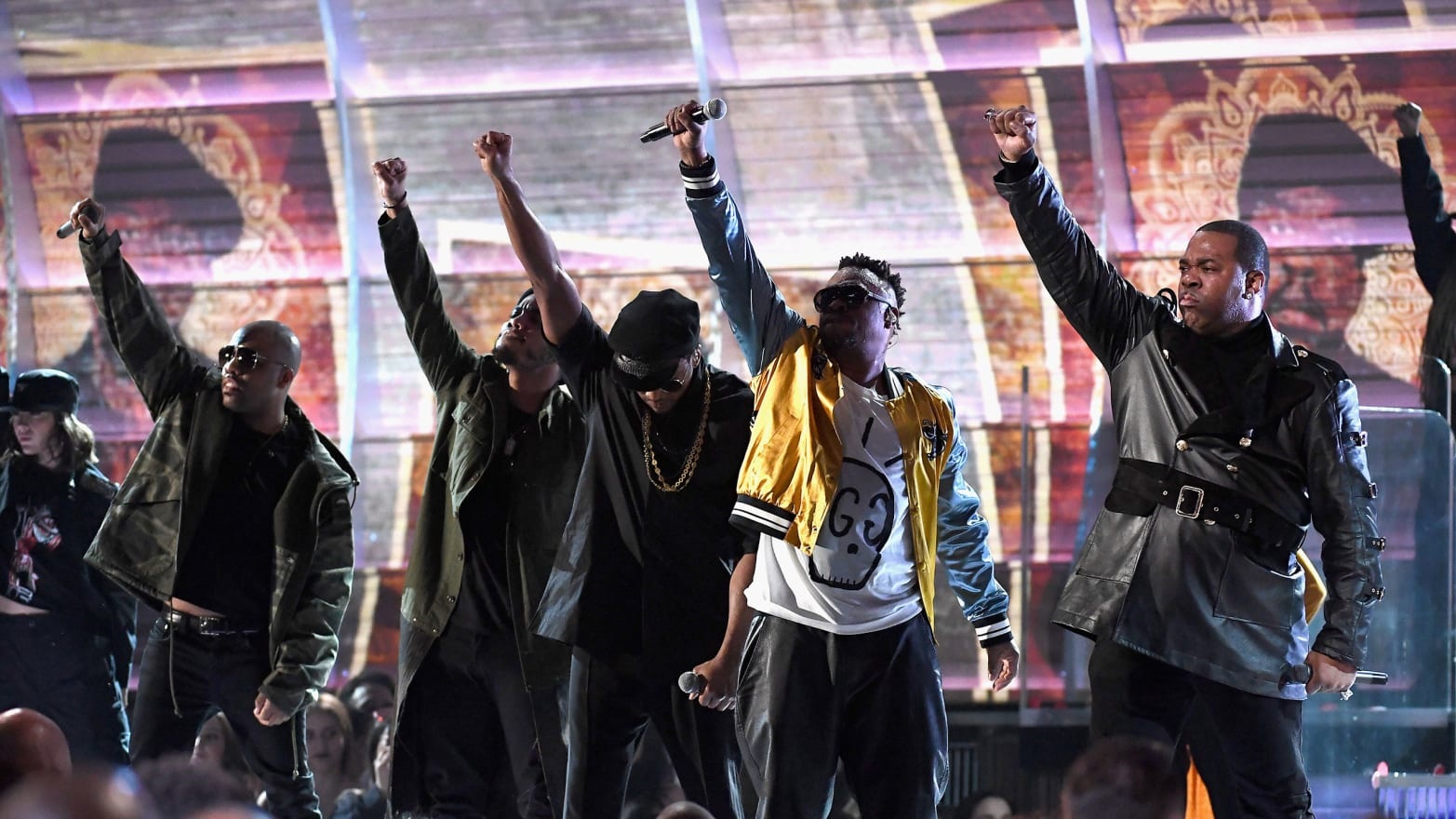 A Tribe Called Quest was a pioneer hip-hop ensemble formed in St. Albans, Queens, New York, in 1985. It comprised rapper and principal producer Q-Tipis also known as Kamaal Ibn John Fareed who was born Jonathan William Davis on April 10, 1970; rapper Phife Dawg who was born Malik Izaak Taylor on November 20, 1970; DJ and joint-producer Ali Shaheed Muhammad who was born on August 11, 1970; and rapper Jarobi White who was born on July 1, 1971.

In 1998, the group disbanded briefly to pursue solo careers but remains connected. In 2005, A Tribe Called Quest released again the single “Can I Kick It?” that peaked at no. 194 UK. In addition, the group won the Billboard R&B/Hip-Hop Awards’ “Founders Award” in 1998.

While the group has been nominated four times for a Grammy Award, in 2012 at the 54th Annual Grammy Awards, it was finally recognized for “Best Long Form Music Video” for the song “Beats, Rhymes & Life: The Travels of A Tribe Called Quest.”