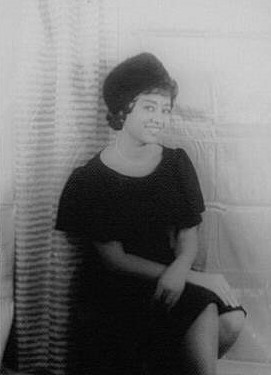 Reri Grist is an internationally acclaimed lyric and coloratura soprano noted for her “silvery tone, flawless technique and stupendous acting.” Beginning her singing career as Consuelo in Leonard Bernstein’s musical “West Side Story” in 1957, she introduced the song “Somewhere” to the public.  After that performance she flowed gradually into a thirty-year career in opera, singing countless roles in opera houses across Europe and America. She also concertized and has passed on her insights through teaching voice in several countries.

Born in New York on February 29, 1932, to West Indies immigrant parents who encouraged her talent and self-discipline, Grist acted as a young teen in several musicals. She attended the High School of Music and Art and received a degree in music from Queens College, New York in 1954. Singing with Bernstein’s New York Philharmonic, she gained recognition that led to her official operatic debut at the Santa Fe Opera in 1959, as Adele in Die Fledermaus. Igor Stravinsky met her there and invited her to perform in his Le Rossignol in 1963.

During a sightseeing trip to Europe in 1960, Grist auditioned for the Opernahaus Köln in Germany, and was immediately offered her European debut singing the Queen of the Night in Mozart’s Die Zauberflöte. She then became the first African American woman to become a permanent member of the Zurich Opera, 1960-1966 in Switzerland. This led to debuts at the Royal Opera House, Covent Garden, and Glyndebourne Festival Opera, in all in Great Britain, and at the Vienna State Opera in Austria where she performed through twenty-five consecutive seasons. In 1963 she first appeared with the San Francisco Opera, and continued through twelve seasons with that company. Grist debuted at the Metropolitan in 1966, singing there throughout twelve years. Her singing career has encompassed every major soprano role in opera repertoire. Through the years Grist has also performed concert works by classical and contemporary composers with major orchestras and conductors.

In 1991 Grist ended her operatic career at De Nederlanse Oper Amsterdam in the Netherlands in the one-woman tour de force Neither by Morton Feldman/Samuel Beckett. In 2007 she joined the original cast in a 50th anniversary celebration of “West Side Story,” singing “Somewhere,” the song that showcased her early beginnings in the musical world. Her awards include a Legacy Award from the American Opera Association, in 2001, a Lifetime Achievement Award from the Licia Albenese Foundation, 2003, and awards from Queens College.

As Professor of Voice, Grist taught at the School of Music, Indiana University, Bloomington, Indiana and in Munich. She has been on numerous international juries and her Master Classes have been held in Santa Fe, New York, San Francisco, Zurich, and Madrid, Spain.

Rene Grist has lived for many years in Hamburg, Germany. She is married to Dr. Ulf Thomson, artistic administrator and general manager of symphony orchestras in Hamburg and Berlin. The couple has one daughter.

On her 80th birthday Grist was honored by professional and personal accolades. She stated that she appreciates her past accomplishments but lives in the excitement of the present.