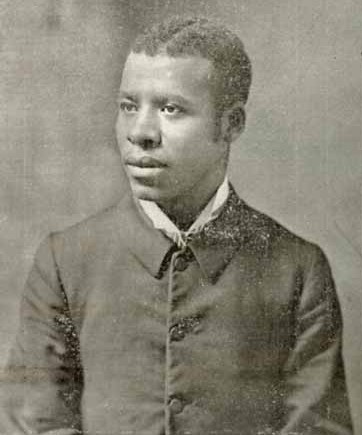 Born in Chatfield, Texas on June 19, 1872, Sutton E. Griggs attended Bishop College in Marshall, Texas and Richmond Theological Seminary in Richmond, Virginia. A noted author, Baptist minister, and promoter of his race, Griggs championed the cause of racial equality in his life and his writings. He moved from Virginia to Tennessee in the 1890s and soon published five race-motivated novels. He published thirty-three books over his career.

The first of his novels, Imperium in Imperio (1899) was set in Texas. A secret society, the Imperium in Imperio advocated establishing Texas as a black republic. Griggs’ protagonists supported united black action to achieve racial justice and self-determination. Imperium in Imperio led to Griggs’ reputation as a black nationalist, and he followed with three more novels indicting white racism–Overshadowed (1901), Unfettered (1902), and The Hindered Hand (1905).

An activist, he attended the Niagara movement that preceded the National Association for the Advancement of Colored People (NAACP). He participated in black protests against police brutality, Jim Crow laws, streetcar segregation, and inadequate educational facilities. Dispirited by the few successes of his activism, Griggs turned to paternalism in his final novel, Pointing the Way (1908) and sought upper class white support for blacks. In a 1911 monograph, Wisdom’s Call, dedicated to Texas, Griggs praised the superiority of Anglo-Saxon civilization. His 1914 autobiography, The Story of My Struggles, condemned the harsh and overwhelming white opposition to black reform but acknowledged his disenchantment with the black masses.

Griggs spent the ensuing years as a pastor and organizing black self-help associations such as the National Public Welfare League (1914) and National Religious and Civic Institute for the Baptists of Houston (1931). His writings during these years encouraged cooperation with whites rather than protest but continued to press for racial equality. In 1927 he told a Houston audience that the black race should enjoy the same rights and privileges as other American citizens.

Griggs assumed the pastorate at Hopewell Baptist Church in Denison, Texas in 1931 but resigned shortly afterward to work for the Religious and Civic Institute.  Sutton Griggs died in Denison on January 2, 1933.