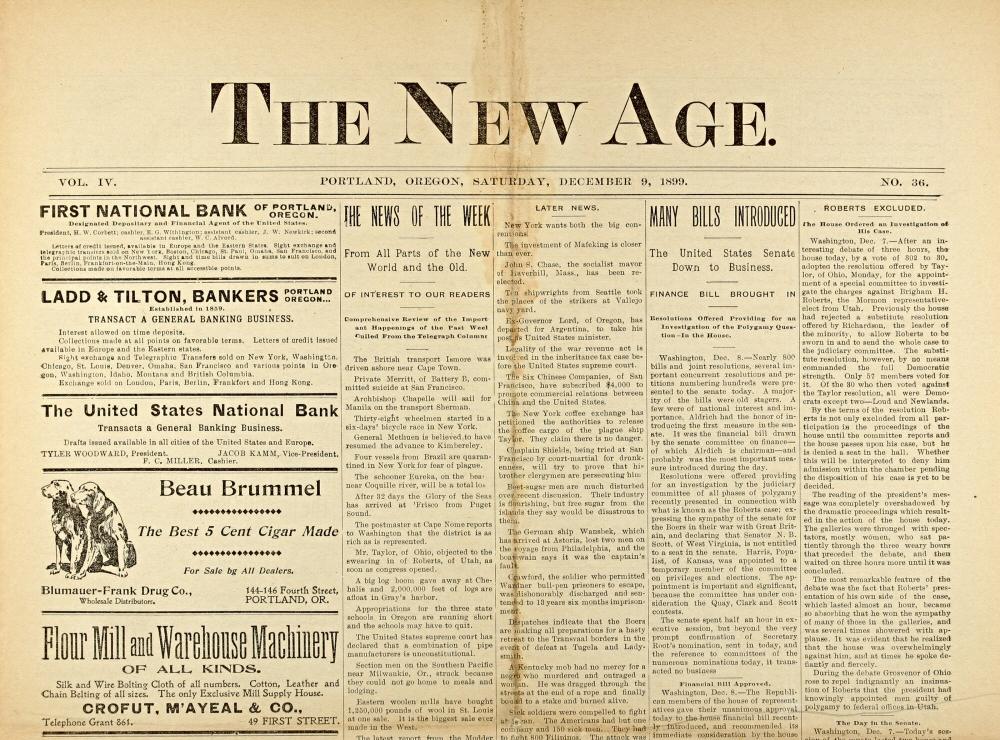 Adolphus D. Griffin used his self-attained literacy to emerge as a newspaper editor/publisher in the West at the turn of the twentieth century.  Born near Shreveport, Louisiana, in 1868, A.D. Griffin moved to Spokane, Washington where he edited one of his first newspapers, The Northwest Echo.  In 1896 he arrived in Portland, Oregon and began The New Age as well as the “Enterprise Investment Company,” which pooled economic resources to buy and develop land in Portland. Griffin and his wife, Emma, lived in an upper class Portland community known as Nob Hill, and following the footsteps of his mentor, Booker T. Washington, he solicited white businesses to support his newspaper while writing for the causes of African Americans. He was a prominent Republican and participated in the Oregon Republican State Convention in the 1890s.

In 1907 Griffin separated from his wife Emma and moved to Topeka, Kansas where he served as a city detective and edited the Topeka Plaindealer.  Griffin also switched his political affiliation from Republican to Democrat and was soon appointed by Kansas Governor George H. Hodges as a trustee for the Industrial Department of Western University, a predominantly African American institution in Quindaro, Kansas.  Griffin was a candidate for nomination to the Office of Recorder of Deeds for Washington, D.C. and supported Democrat President Woodrow Wilson in 1912.

By February 1916, Griffin had moved to Kansas City, Kansas where he started the Kansas Elevator.  Adolphus D. Griffin died in his Kansas City office on June 2, 1916, while writing an editorial supporting the reelection of President Woodrow Wilson.  He was buried in Shreveport, Louisiana.