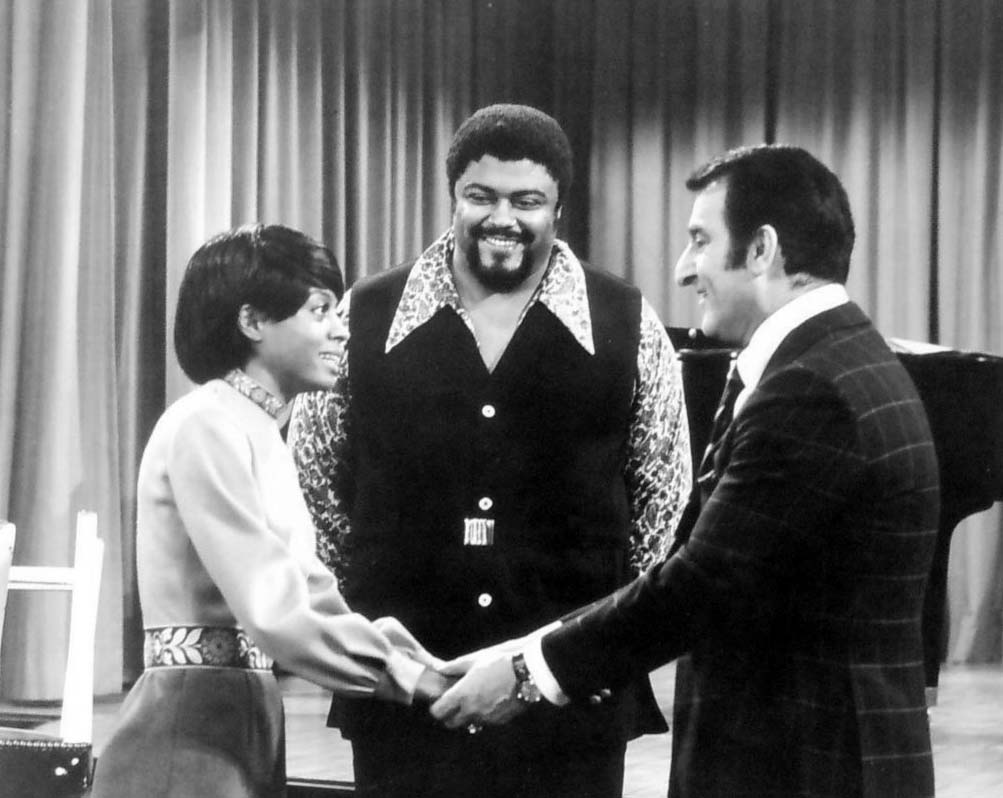 Though Roosevelt Grier is most known for his All-Pro football career with the New York Giants and Los Angeles (California) Rams, he has become associated with many other ventures. Grier’s more than half century of being in the public eye has included writing, acting, singing, ministry, and politics.

Roosevelt “Rosey” Grier was born on July 14, 1932 in Cuthbert, Georgia. Grier was named after Franklin Delano Roosevelt, who was running for president the same year.  Growing up one of twelve, Grier’s family moved to Roselle, New Jersey in his teenage years. He attended Abraham Clark High School in Roselle and was a standout in football, earning himself a scholarship to play on the Penn State Nittany Lions football team in Pennsylvania.  After his senior season at Penn State, the New York Giants drafted Grier as the 31st pick in the 1955 NFL draft.

Grier’s football career spanned eleven seasons, in which he twice played in the Pro Bowl and earned three All-Pro selections.  His individual success was equaled with the success of his teams. In 1956, the New York Giants won the National Football League Championship.  Once Grier was traded to the Los Angeles Rams, he joined one of the most potent defensive lines known as “The Fearsome Foursome.” This group, which included Deacon Jones, Merlin Olsen, and Lamar Lundy, has often been considered the greatest defensive line in professional football history.  Grier retired from the Rams after the 1966 season.

While Grier’s football career ended, his public life evolved. Tragically, he worked as a bodyguard for Robert F. Kennedy, who was assassinated in Los Angeles on June 5, 1968 while he was campaigning for the Democratic Presidential nomination.  Moments after Kennedy was shot, Grier restrained Sirhan Sirhan, the assassin. He wrote in his autobiography that he had agonized about what he could have done differently that might have saved Kennedy’s life.

By the early 1970s Grier promoted his love of needlepoint in a book called Rosey Grier’s Needlepoint for Men (1973). Grier became an ordained minister the same year, and politically began to ally as a Republican.  His political leanings, which were largely inspired by his views on abortion and school prayer, led him to speak on behalf of President Ronald Reagan at the 1984 Republican National Convention. In 2018, Grier announced his candidacy for the Governorship in California, but quickly pulled out of contention after his announcement.

Grier, a member of Alpha Phi Alpha Fraternity, played the role of humanitarian by starting American Neighborhood Enterprises (ANE).  He later served as Acting Chairman of the Board for Impact Urban America. For his work in the community, Grier has received resolutions of commendations from the California State Assembly, The Los Angeles City Council, and from the late Los Angeles Mayor Tom Bradley.