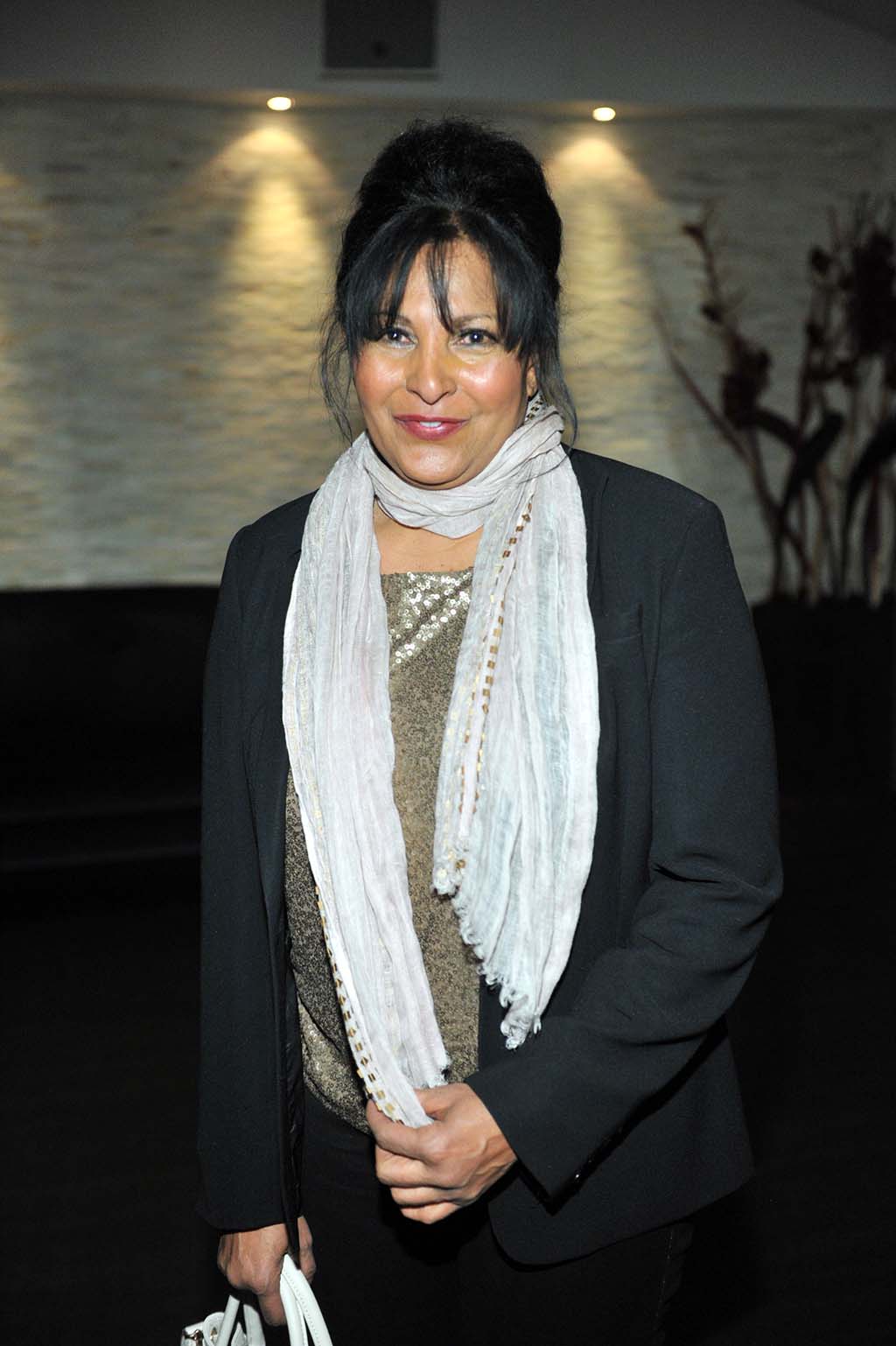 Actress Pam Grier is best known for her portrayal of tough and sexy crimefighters in the 1970s genre of “blaxploitation” films. Her later work in the 1998 film Jackie Brown earned her a Golden Globe nomination.

Pamela Suzette Grier was born in Winston-Salem, North Carolina on May 26, 1949. Her father was a mechanic with the U.S. Air Force, and when Pam was five the family transferred to a military base in Swindon, England. She recently revealed in her autobiography that during this time she was sexually assaulted, an event that left her traumatized and isolated throughout her childhood.

For the next eight years, the family moved around Europe, eventually settling in Denver, Colorado. At Denver’s East High School, Pam played organ and piano for the school’s Echoes of Youth Gospel Choir alongside Philip Bailey, Larry Dun, and Andrew Woolfolk, who would later form the R & B/funk powerhouse Earth, Wind & Fire.

Grier enrolled in Denver’s Metropolitan State College in 1967, planning on a career in medicine. To earn tuition for her second year of college, she entered beauty contests, placing second runner-up in the 1967 Miss Colorado pageant. An agent encouraged her to pursue acting, and in 1968 she moved to Los Angeles where she lived with her aunt and cousin, pro football player and actor Roosevelt (Rosey) Grier.

In Los Angeles, Grier worked as a receptionist and switchboard operator at the American International Pictures studio. She also attended acting classes and auditions and in 1969 landed a role in Beyond the Valley of the Dolls. Her role in Coffy (1973) made her a national star and earned her a multi-picture contract with American International Pictures. Over the next decade, she would star in a number of blaxploitation films, including Foxy Brown (1974), Sheba, Baby (1975), and Friday Foster (1975). Although Grier played a variety of characters, she became known for portraying strong, active sex symbols.

In the late 1970s, Grier attended the University of California, Los Angeles, where she studied directing and producing with director Roman Polanski. She also formed the production company Brown Sun Productions. Grier continued acting but moved away from the action roles that had become her signature. She appeared in Greased Lightning (1977), Fort Apache, the Bronx (1981), Something Wicked this Way Comes (1983), and Above the Law (1988). Throughout the late 1970s and 1980s, she also performed in television and stage productions, including Roots: The Next Generations (1979).

Nearly three decades after her film debut, Grier experienced a career revival when she starred in Quentin Tarantino’s Jackie Brown (1997). The role earned her National Association for the Advancement of Colored People (NAACP) Image Award and Golden Globe Award nominations. Grier has remained active during the past decade with numerous film and TV roles. She never married and now divides her time between Denver and Los Angeles.