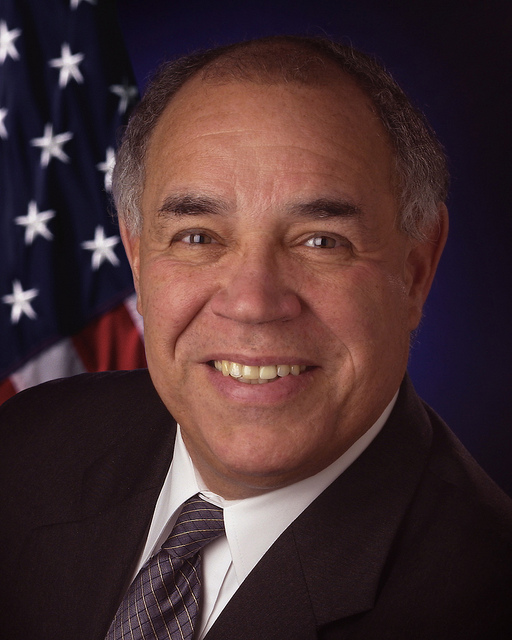 Born January 7, 1941 to Francis A. and Nora Drew Gregory, he grew up in Washington, D.C. where he was an active member of the Boy Scouts and graduated from Anacostia High School. Gregory received a Bachelor of Science degree from the United States Air Force Academy and later his master’s degree in information systems from George Washington University.

Soon after receiving his master’s degree, Gregory joined NASA and in 1977 was selected for his first mission. As a pilot aboard the space shuttle Challenger in 1985, he first proved himself a capable astronaut. He was next given leadership of the Discovery mission in 1989 and made history as the first black man to command a space shuttle. The Discovery crew orbited the earth 79 times during their 120 hour flight.

Gregory held a variety of posts during his time at NASA including launch support for two of the first space shuttle missions STS-1 and STS-2, Chief of Operational Safety, and Chief of Astronaut training. Gregory also served as a member of the Boards for Orbiter Configuration Control and the Space Shuttle Program Control. More recently he was promoted from Associate Administrator to Deputy Administrator in 2002 and in 2005 was briefly NASA’s Acting Head Administrator before he retired.

By the end of his career Frederick Drew Gregory reached the rank of Colonel in the United States Air Force. With over four hundred hours logged in space and extensive experience supporting launches after he was finished flying missions himself he certainly left his mark on the United States space programs. He has been awarded a variety of honors including 2 Distinguished Flying Crosses, 16 Air Medals, The Air Force Commendation Medal, 2 NASA Distinguished Service Medals, 3 NASA Space Flight Medals, the Defense Superior Service Medal, the Defense Meritorious Service Medal, and was the recipient of NASA’s Outstanding Leadership Award. Gregory is a member of Sigma Pi Phi fraternity.