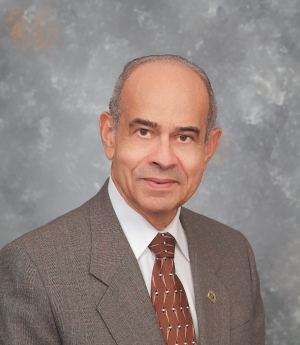 Army General Arthur James Gregg was born on May 11, 1928 near Florence, South Carolina.  He obtained his elementary education in South Carolina, but moved to Newport News, Virginia during high school where he observed the military lifestyle. After graduating from high school, Gregg went to Chicago, Illinois to obtain training as a medical laboratory technician. Due to segregation laws that were in place at the time, Gregg was not allowed to handle white patients, so he returned to Virginia in 1945 to enlist in the United States Army at the age of 17.

Gregg was assigned to many positions and locations through his time in the Army. These include the 403rd Quartermaster Depot, Camp Hakata, Japan as Post Quartermaster, Army Reserve units in Carlisle Barracks, Pennsylvania, Quartermaster Advance Course in Ft. Lee, Virginia, Army Material Command in Washington, D.C., and 3764th Quartermaster Direct Supply Company.

In 1965 Gregg assumed command of the 96th Quartermaster Direct Support Battalion in South Vietnam. His battalion was awarded the Meritorious Unit Citation and LTG Gregg was awarded the Legion of Merit for their outstanding effort.

Returning to the U.S. in 1967, he was assigned to Joint Petroleum Office, Logistics Directorate, US European Command where he was responsible for the communication between the US and NATO petroleum logistics. Gregg was promoted to Brigadier General in 1972 prior to taking control of the Army and Air Force Exchange System in Germany.

In 1977, President Jimmy Carter nominated Gregg for the position of Director of Logistics, Organization of the Joint Chief’s of Staff, and approved his nomination to Lieutenant General.  In that post Gregg’s goal was to improve the readiness of the armed forces. This position led to the acceptance of the position of Deputy Chief of Staff, Logistics for the US Army in 1979. Greg also attended the Harvard University John F. Kennedy School of Government concentrating in Executive Program in National Security.

Gregg retired from the US Army in 1981. Since then he has served on numerous boards such as the one for the Quartermaster association.  Gregg was appointed founding trustee and chair of the Board of Trustees of Excelsior College in 1998 and chair emeritus in 2008. He also received an honorary degree from Excelsior College in 2012.  He also received the General Creighton W. Abrams Medal from the Association of the US Army. In 2016, the US Army created the LTG Gregg Award to honor his leadership and innovation.

Gregg and his wife Charlene have two daughters, Sondra and Alicia.