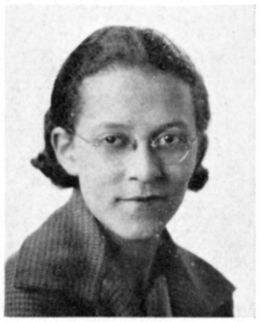 Beverly Loraine Greene, believed to be the first African American woman architect in the United States, was born in Chicago, Illinois on October 4, 1915. She grew up in Chicago and was raised by her father, James A. Greene, a lawyer, and her mother, Vera Greene, a homemaker. Greene earned a Bachelor of Science in architectural engineering from the University of Illinois in 1936. One year later she earned a Master’s of Science in city planning and housing from the same university. On December 28, 1942, at the age of twenty-seven, Greene was registered in the State of Illinois as an architect.

After completing the second degree, Greene returned to her hometown and initially worked for the Chicago Housing Authority. Greene was one of the first African Americans in the agency. Despite her education and her official recognition as an architect, Greene found it difficult to obtain jobs in the profession. She moved to New York City in 1945 to work on the planned Stuyvesant Town private housing project in lower Manhattan being built by the Metropolitan Life Insurance Company. Given her past experiences, and the company’s prior announcement that African Americans would not be allowed to live in Stuyvesant Town, Greene believed she would not be hired. She applied anyway, and to her surprise, she was the first architect employed on the project. Greene quit, however, to accept a scholarship at Columbia University, where she studied urban planning. She received a master’s in architecture from Columbia on June 5, 1945.

Greene went on to work for a number of notable architectural firms. Her employers during that period included the architectural firm headed by Isadore Rosefield which specialized in health care and hospital design. She also worked with Edward Durell Stone on the arts complex at Sarah Lawrence College and on a theater at the University of Arkansas in 1952. During her time with the architectural firm headed by Marcel Breuer she worked on the United Nations Educational, Scientific and Cultural Organization (UNESCO) headquarters in Paris, France, which was completed in 1958. Her next projects included buildings at New York University (NYU) which were completed between 1956 and 1961. Greene never saw most of the buildings at NYU she helped design. Beverly Loraine Greene died on August 22, 1957 at age forty-one in New York City. Ironically she had also designed the Unity Funeral Home, the building in which her memorial service was held.