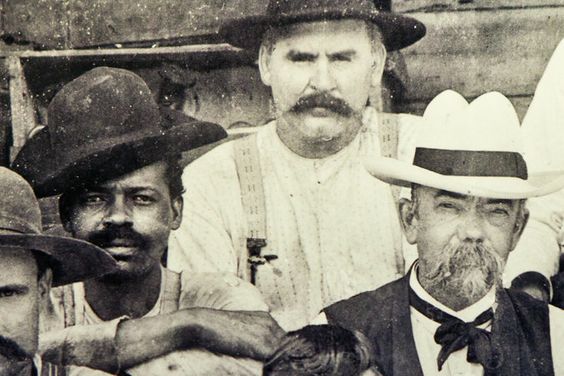 It is hard to argue that Jack Daniel’s has become the most famous brand of whiskey in the world.  However, this may have never happened without the work of a black slave named Nathan “Nearest” Green. While he was a key figure in forming the Jack Daniel’s brand, Nearest Green’s story has only become known outside of Lynchburg, Tennessee recently.

Born a slave in Tennessee around the early 1820s, Nearest Green (spelled incorrectly by the 1880 census as “Nearis” Green) is believed to have lived in Tennessee throughout his life.  In the 1850s, he was purchased by slave owner Dan Call to work on his residence. Jack Daniel, a young neighbor, would do chores for Call and took an interest in whiskey distilling. Green’s partnership with Jack Daniel began when Call let Daniel work on his farm to learn from Green. During this time, Daniel was essentially Green’s apprentice as they worked alongside each other in Call’s residence. Whiskey distilling was an arduous and labor-intensive process, and Daniel was said to spend many days learning from Green who was a master in this craft. After the Civil War ended in 1865, Green was given his freedom and he went to work distilling full time in partnership with Jack Daniel. When Daniel moved to create a new distillery, Green did not follow along.

Despite Nearest not joining Jack Daniel at the new distillery in Lynchburg, Tennessee, his sons George, Edde, and Eli Green would all go along. This would lead to a long line of Green’s descendants being involved with the Jack Daniel’s Company.  Records show that the families worked alongside each other for generations. These descendants included Green’s grandchildren all the way to his great-great granddaughter still working in the whiskey industry to this day.

In 2016, an author and real estate investor named Fawn Weaver moved to Lynchburg to document Green’s life. Through her work, Weaver collected almost 10,000 documents and artifacts detailing a professional relationship between Jack Daniel and Nearest Green. Weaver also purchased the farm where she found that Daniel and Green had began distilling in the mid-1800s. Weaver formed a Nearest Green Legacy Scholarship.  To continue to preserve Green’s legacy, Weaver also donated many of the documents and artifacts she found to the National Museum of African American History and Culture in Washington, D.C., and has been working to create a memorial park in his honor near the Jack Daniel’s distillery in Lynchburg.

After the Green’s story became better known, Jack Daniel’s Brands also made an effort to honor Green’s legacy with their President and CEO, Mark I McCallum stating that “It’s absolutely critical the story of Nearest gets added to the Jack Daniel story”.  While the company decided against placing Green’s name on any of their whiskeys, they allowed Weaver to create her own whiskey called “Uncle Nearest 1856.” The company also added Green’s story to the tour script of their distillery and placed a picture of Daniel next to either Green or one of his sons in their corporate Hall of Fame.