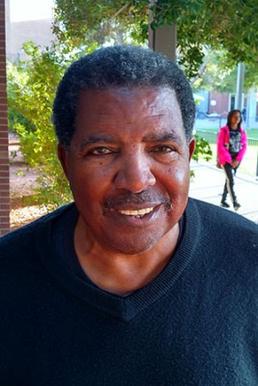 Dennis Earl Green was an American football coach who was best known during his time in the National Football League (NFL) as head coach to the Minnesota Vikings and Arizona Cardinals. Green was born on February 17, 1949, in Harrisburg, Pennsylvania. His father was a postal worker and his mother was a beautician. His father died when Green was eleven, and his mother died two years later. Green lived with his older brother who left the Air Force to care for the family.

In 1981 Green was named head coach of Northwestern University, becoming at that point only the second African American head coach in Division I-A history, after Willie Jeffries who was the first African American head coach in Division I-A history when he coached the Wichita State football team from 1979 to 1983. In 1982 Green was named Big Ten Conference Coach of the Year. Three years later in 1985, he was hired in the NFL, becoming a receiver coach under Bill Walsh at the San Francisco 49ers. In 1989 Green became head coach at Stanford University where he the Stanford Cardinals for the next two seasons. During his time with the Cardinals, his teams finished with an overall record of 16–18, but the football team did make an appearance in the 1991 Aloha Bowl where they lost to Georgia Tech University on a last-minute touchdown.

In 1992 Green became head coach of the Minnesota Vikings. He was the second African American head coach in the modern NFL era after Art Shell of the Oakland Raiders, and the third African American head coach after Fritz Pollard who coached Akron Pros and Hammond Pros. The Vikings never posted a losing record for the first six years that Green was coach, and they missed the playoffs only once. Green’s best season as Vikings head coach came in the 1998 when the Vikings posted a 15–1 regular season record and set the most points scored in a season record (the 2013 Denver Broncos broke that record in the 2013 season). That yea, the Vikings advanced all the way to the NFC Championship game, losing to the Atlanta Falcons. Green remained the Vikings head coach until the end of the 2001 NFL season.

In 2004 Green was hired as head coach of the Arizona Cardinals. When the team posted a mediocre record in his first two seasons as coach, he was fired at the end of the 2006 season. Green then coached the Sacramento Mountain Lions (formally known as California Redwoods) in the United Football League (UFL) from 2009 to 2011.

On July 21, 2016, Dennis Earl Green died at the age of sixty-seven, following a heart attack in San Diego, California. Green was married to Marie Green from 1995 until his death in 2016. The couple had two children, Vanessa and Zach. Green also had a son and daughter, Jeremy and Patti, from a previous relationship.