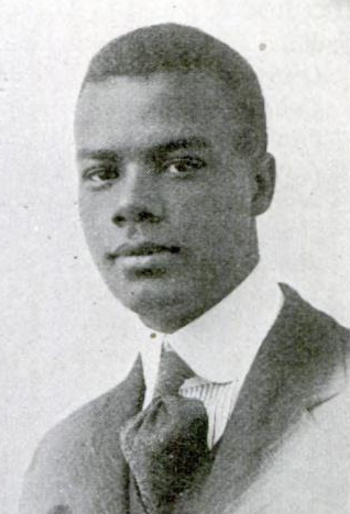 Lester Blackwell Granger was a social worker and civil rights and labor rights activist best known for leading the National Urban League (NUL) from 1941 to 1961. Granger was born on September 16, 1896, in Newport News, Virginia, to William “Ran” Randolph and Mary Louise Granger; William, a Barbadian immigrant, was a medical doctor. Determined to live in a racially-tolerant community where educational opportunities were available to black people, the Grangers raised Lester and his five brothers in Newark, New Jersey. Lester Granger earned a bachelor’s degree from Dartmouth College in 1918 after serving in the US Army as artillery lieutenant during World War I.

Following graduation, Granger joined the National Urban League when he became the Newark chapter’s industrial relations officer. He left the League and was employed as a social worker from 1922 to 1934. In that capacity, Granger worked with black youth at Bordertown in New Jersey’s vocational school system. In fact, Granger became a leading figure in the new social work profession and by 1952 he was elected the first African American president of the National Conference of Social Work.

In 1934, Granger left his state social work position to return to the National Urban League. He worked in its New York headquarters as business manager of its publication, Opportunity: A Journal of Negro Life. From 1934 to 1938, he also served in the organization’s worker educational division where he led the NUL fight for African American trade unionism and the right to collectively bargain as they challenged the exclusively white American Federation of Labor.

In 1940, Granger became NUL’s executive assistant secretary. A year later, he was appointed national executive secretary. In this position, Granger pushed the League to fight for broader initiatives than those pursued under his predecessor, Eugene Kinkle Jones. During World War II, Granger championed the elimination of racial segregation in defense employment and in the military. Such policies led to the NUL’s support of A. Philip Randolph‘s proposed March on Washington which led to President Franklin Delano Roosevelt issuing Executive Order 8802. That order banned discrimination on the basis of race in firms with Federal contracts. The order affected thousands of defense firms during World War II and led to a surge in hiring African Americans in manufacturing industries.

Granger also fought discrimination by the US military during World War II. Even though military desegregation was not officially legislated until 1948, the Navy (which desegregated in 1946) and U.S. President Harry S. Truman awarded Granger the Medal for Distinguished Civilian Service, and the Medal for Merit, respectively.

After World War II, Granger’s NUL focused mainly on fund-raising, educating the public on the ills of racism, and getting economic opportunities for black students at historically black colleges and universities, areas of traditional activity for the Urban League. As direct-action challenges to racial oppression such as the Montgomery Bus Boycott became increasingly common in the late 1950s, the Urban League under Granger declined as it was challenged by the newer and more aggressive Southern Christian Leadership Conference (SCLC) led by Martin Luther King Jr. Still, King admired Granger and the NUL and envisioned a place for it in the emerging civil rights movement. In 1958, that vision was fulfilled when the NUL’s Granger joined the Brotherhood of Sleeping Car Porters, led by A. Phillip Randolph, the NAACP’s Roy Wilkins, and Martin Luther King in discussing civil rights legislation with President Dwight D. Eisenhower.

In 1961 Granger, a member of Alpha Phi Alpha Fraternity, retired from NUL to teach social work at Dillard University in New Orleans, Louisiana. He died in Alexandria, Louisiana, on January 9, 1976 at the age of 80.