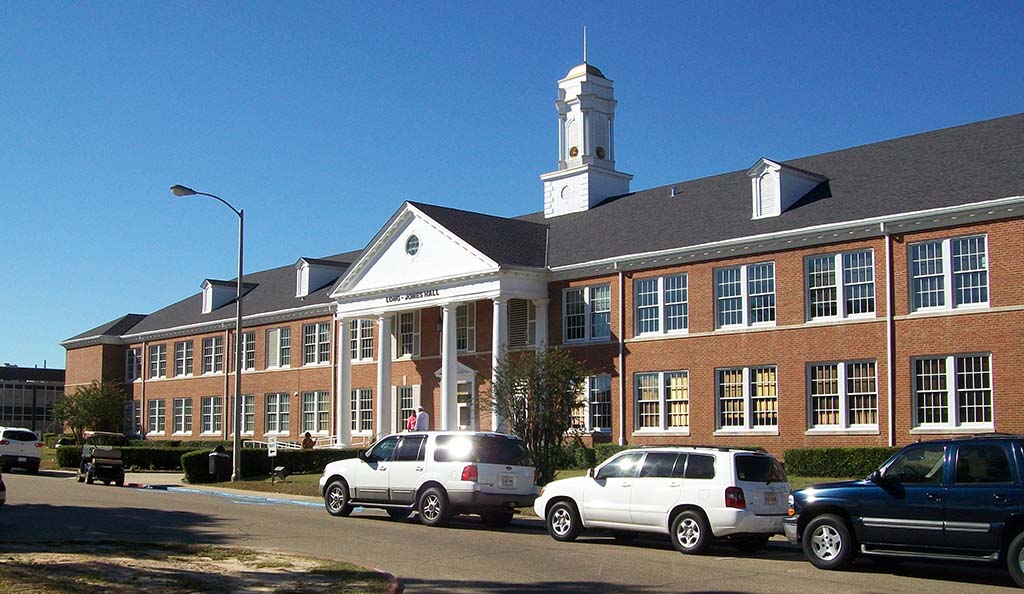 Grambling State University was founded in 1901 in Grambling, Louisiana. In the post- Civil War effort to build schools for former African American slaves, several colleges were established in Louisiana. All of them were concentrated in the more populous southern portion of the state including Leland College, Straight University, and New Orleans University in New Orleans, and Southern University in Baton Rouge. There were almost no educational facilities for African Americans in the northern and western parts of the state. In 1896 a group of blacks from that area led by Lafayette Richmond organized the North Louisiana Colored Agricultural Relief Association. One of the organizations objectives was to establish an industrial school for local boys and girls.

The association purchased 23 acres of land from John Monk in 1888 and began construction of the Colored Industrial and Agricultural School of Lincoln Parish. After two school terms, they wrote to Booker T. Washington at Tuskegee Institute in Alabama for advice and assistance. In response Washington in 1901 sent Charles P. Adams, a recent graduate of Tuskegee, to help organize the school. Adams became its first president and focused on both the immediate and future needs of his new students. Following the Tuskegee model he advocated practical education in farming, home improvement, and property accumulation, as well as reading, writing, and math.

By 1928 the school had been renamed Louisiana Negro Normal and Industrial Institute, and was a state junior college, offering two-year professional certificates and diplomas. The first baccalaureate degree was granted in 1944. The institution, which changed its name to Grambling College in 1946, was accredited in 1949 and in the early 1950s became a full member of the Southern Association of Colleges and Schools. In 1974 Grambling College became Grambling State University.

Today Grambling State is a public, coeducational university with 4,754 undergraduate and 407 graduate students. It provides almost 70 degree programs and is known particularly for its nursing, computer science, and teacher education programs.

Grambling State University is home to the Tiger Marching Band, the number one collegiate show band worldwide. The GSU Tigers are also members of the Southwestern Athletic Conference and the National Collegiate Athletic Association.