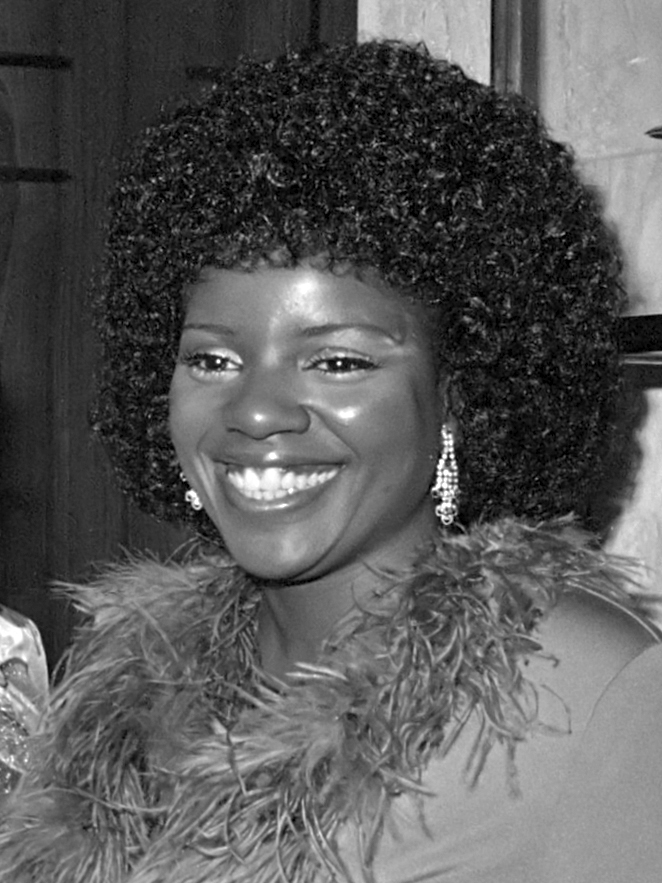 American singer Gloria Fowles is best known by her stage name Gloria Gaynor. She was born on September 7, 1943 to Daniel Fowles and Queenie Mae Proctor in Newark, New Jersey. Fowles grew up with music in her home, as her father played the guitar, ukulele, and sang in a group, and her five brothers were also in a group.

Fowles attended South Side High School in Newark and graduated in 1961. After graduation she began singing in local night clubs and recorded her first song “She’ll Be Sorry/Let Me Go Baby” in 1965, on the Jocida label. In 1971 Fowles signed with Columbia Records and released the single, “Honey Bee” with little success. Her first album, Never Can Say Goodbye, was released in 1975. The three-song album had no breaks in between them and turned into a 19 minute dance marathon. The single “Never Can Say Goodbye” was the first song to hit the Billboard magazine dance chart, and was later certified silver in the UK, and gold in the US, after selling over 500,000 copies.

Her second album, Experience Gloria Gaynor was released in 1975. By that point she had adopted the stage name, Gaynor.  She had numerous songs but her 1978 hit, “I Will Survive,” on her sixth album, Love Tracks, was the most successful of her career.  The song went multiple platinum, selling nearly 15 million copies and won Gaynor her first Grammy award (1980) for Best Disco Recording, the only year the award was given. It ranked # 492 on Rolling Stone magazines, “The 500 Greatest Songs Of All Time,” and No. 1 on VH1’s “100 Greatest Dance Songs of All Time.” Gaynor continued to produce music. She released several albums throughout the 1980s which produced a number of disco and R&B hits; I Have A Right (1979), Stories (1980), I Kinda Like Me (1981), Gloria Gaynor (1982), I Am Gloria Gaynor (1984), and The Power of Gloria Gaynor (1986).

During the 1990s Gaynor did some acting on television and had a role on Broadway in Smokey Joe’s Cafe. In 2000, Gaynor published her memoir, I Will Survive: The Book. She returned to the studio after a fifteen-year hiatus in 2002 with the album, I Wish You Love. She was honored twice in 2005 when she and her music were inducted into the Dance Music Hall Of Fame in the Artist category and Records category with “I Will Survive.” In 2015 she was awarded an honorary Doctor of Music degree by Dowling College. Forty years after its release, Gaynor continues to tour the world singing her signature song. In 2016, “I Will Survive” was inducted into The Library of Congress National Recording Registry.

Along with “I Will Survive,” Gaynor’s song “I Am What I Am” (1984) became an anthem for the LGBTQ+ community during the AIDs pandemic. Fowles has released sixteen albums throughout her career, and in January 2020, she was awarded her second Grammy Award for her gospel album Testimony (2019). Fowles was married to Linwood Simon from 1979 to 2005.  The couple had no children.