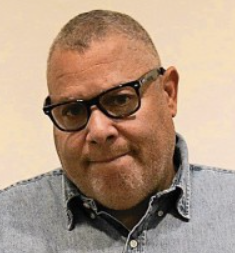 Leo Antony “Tony” Gleaton was an African American photographer, scholar, and artist who is best known for his photographic images capturing and documenting the African influence in the American West and Central and South America. Gleaton, the youngest son of an elementary school teacher and police officer, was born into a black middle-class family on August 4, 1948 in Detroit, Michigan. In 1959 his mother left his father and moved the family to California. Gleaton played football in high school and briefly at East Los Angeles Junior College before joining the U.S. Marine Corps in 1967. While on his first tour of duty in Vietnam, he became fascinated with the camera.

After serving in the Marine Corps until 1970, Gleaton returned to California and enrolled at the University of California, Los Angeles (UCLA). While there, he took a photography class that revealed his talent of shooting photos. He left UCLA and studied for a semester at the Arts Center School of Design in Los Angeles before venturing to New York to pursue his aspirations of becoming a fashion photographer. Gleaton worked as a photographic assistant and performed other various jobs through the 1970s.

Dissatisfied with the fashion world, Gleaton left New York in 1980 and hitchhiked throughout the American West, photographing cowboys first in northeastern Nevada and then in Texas. He captured the lives of Native American ranch hands and black rodeo riders. His photographic ventures in Texas, Colorado, Nevada, Idaho, and Kansas formed the essence of his project titled Cowboys: Reconstructing an American Myth. This collection featured a series of portraits of African, Native, Mexican, and Euro-American cowboys.

Gleaton’s interest in the multicultural Southwest influenced his travels to Mexico. By 1981 he had begun traveling to and from Mexico, shooting photographs. In 1982 he moved to Mexico City, and from 1986 to 1992, he resided with the Tarahumara Indians in northern Mexico and then moved to Guerrero and Oaxaca. Here, Gleaton began what is now his most famous project, Tengo Casi 500 Años: Africa’s Legacy in Mexico, Central & South America. Gleaton photographed the present-day descendants of African slaves brought to the region by Spanish conquistadors in the sixteenth, seventeenth, and eighteenth centuries.

Africa’s Legacy gained international recognition. In 1993 the collection was placed on exhibit by the Smithsonian Museum and toured throughout Mexico and Cuba with the sponsorship of the Mexican National Council of Art. By 1996 Gleaton had expanded his project to include Central and South America, eventually traveling over fifty thousand miles with stops in 16 countries between 1993 and 2002.

In 2002 Gleaton became a visiting professor of photography at Texas Tech University.  That same year, he finished a Master’s in Art at Bard College. In 2004 Gleaton became a scholar in residence for the Texas Tech Southwest Collection/Special Collections Library in Lubbock, Texas. The collection houses the Tony Gleaton Archive.

Gleaton resided in San Mateo, California, with his wife, Lisa Gleaton in the last decade of his life. He continued to build a legacy that acknowledged beauty, empowered communities, and created cultural bridges through the images of often forgotten people.

Leo Antony Gleaton died on August 14, 2015 in Palo Alto, California and was buried in the Sacramento Valley National Cemetary in Dixon, California with full military honors. He was 67.