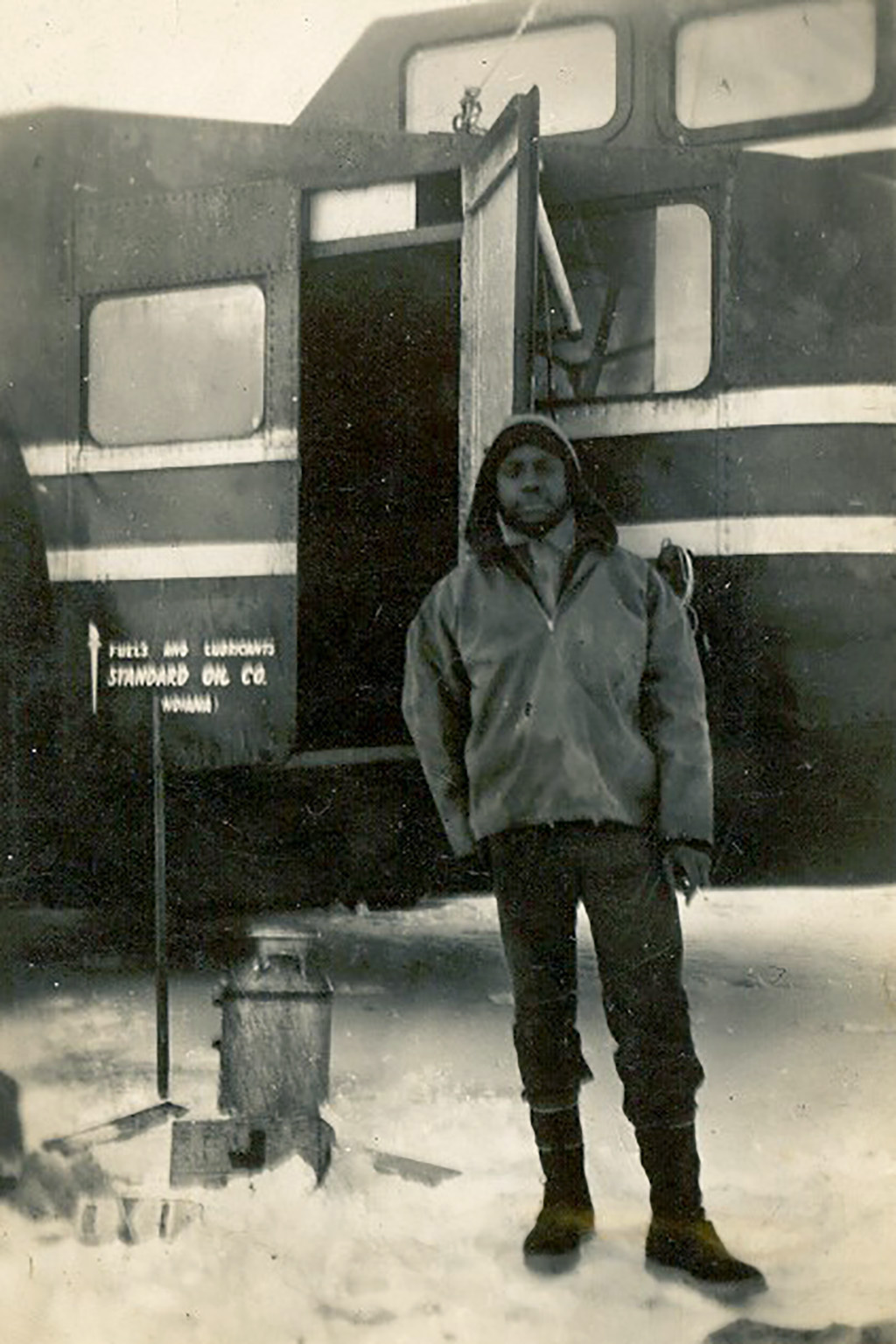 George W. Gibbs, Jr. was the first person of African descent to set foot on Antarctica (the South Pole).  He was also a civil rights leader and World War II Navy gunner.

Gibbs was born in Jacksonville, Florida on November 7, 1916. He moved to Brooklyn, New York where he enrolled in Brooklyn Technical School and later received his GED. He also served in the Civilian Conservation Corps in the 1930s.

Gibbs served on Admiral Richard Byrd’s third expedition to the South Pole in 1939-1941, becoming the first African American to reach Antarctica. From more than 2,000 Navy applicants, Gibbs was among the 40 chosen to accompany Byrd in this history making expedition, sailing on the USS Bear. The USS Bear was a floating museum before the old wooden vessel was specially outfitted for the South Pole expedition. Gibbs was a member of the crew that supported the ice party.  He was the first person off the ship to set foot on Antarctica on January 14, 1941.

During World War II Gibbs served as a naval gunner in the South Pacific.   Gibbs remained in the Navy after the war and served for 24 years before retiring in 1959 with the rank of Chief Petty Officer. Following the war, Gibbs returned to college and graduated from the University of Minnesota with a Bachelor of Science degree in Education.

On September 26, 1953 Gibbs married Joyce Powell in Portsmouth, Virginia.  After he completed his college degree the couple moved to Rochester, Minnesota in 1963 where Gibbs worked for IBM in the personnel department. During his career at IBM he was a corporate housing administrator and international assignment representative. After retirement from IBM in 1982 Gibbs managed his own employment agency until his final retirement in 1999.

In 1974 Gibbs applied for membership to the Rochester Elks Club.  He made national news when the Club initially denied him entry. He was the first African American to apply to the local club and helped break the color barrier at service clubs in Rochester.

George W. Gibbs died November 7, 2000, on his 84th birthday.  On October 11, 2009, George Gibbs Elementary School opened in Rochester, Minnesota, named in his honor. In 2002, Rochester’s West Soldiers Field Drive was renamed in Gibbs’ honor.  Gibbs Point in Antarticia was named after him on September 2, 2009.