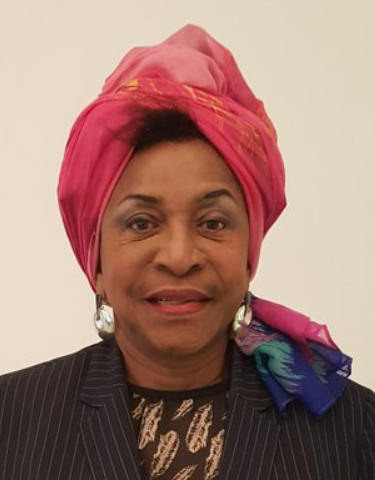 Falú sold her El Señorial, Puerto Rico home in 1988 to finance Universal Business and Media School in Spanish Harlem, becoming the first Afro-Puerto Rican woman to own an accredited US business school (1988-2001). She founded the Falú Foundation to serve low-income communities and engage in African diaspora history (1988-present). At the City College of New York Black Studies program, Falú taught the first Afro-Latinos History class (2006-2013). Her Falú Foundation Press (2000-2010) translated into Spanish such popular titles as Stolen Legacy by George G. M. James, African Origins of the Major Western Religions, Black Man of the Nile and his Family and Africa: Mother of Western Civilization by Yosef Ben-Jochannan, and her own Afro-Latinos of the Americas.

Falú was African Union Diaspora Task Team secretary (2010-2012); USA Diaspora representative to the World Economic Forum on Africa (2012); and an African Union delegate to the United Nations Agenda-2063. She has met South African president Nelson Madiba Mandela (1994); Zimbabwean president Robert Mugabe (2002); and traced her lineage to Senegal’s Falú clan (2009). In 1974, the Puerto Rican Chamber of Commerce named Falú “Woman of the Year in Education” and the New York State Senate honored her as a 2014 “Woman of Distinction.”

In 1969, Falú married Roy A. Hollingsworth (1933-2014), a 1964 Amateur Athletic Association discus champion who competed in the Tokyo Olympics and employed at UPR-RP and the University of the West Indies. They have one son, Rey Hollingsworth Falú. Currently, Dr. Georgina Falú is writing her biography and anticipates launching Africana Diaspora Studies University.