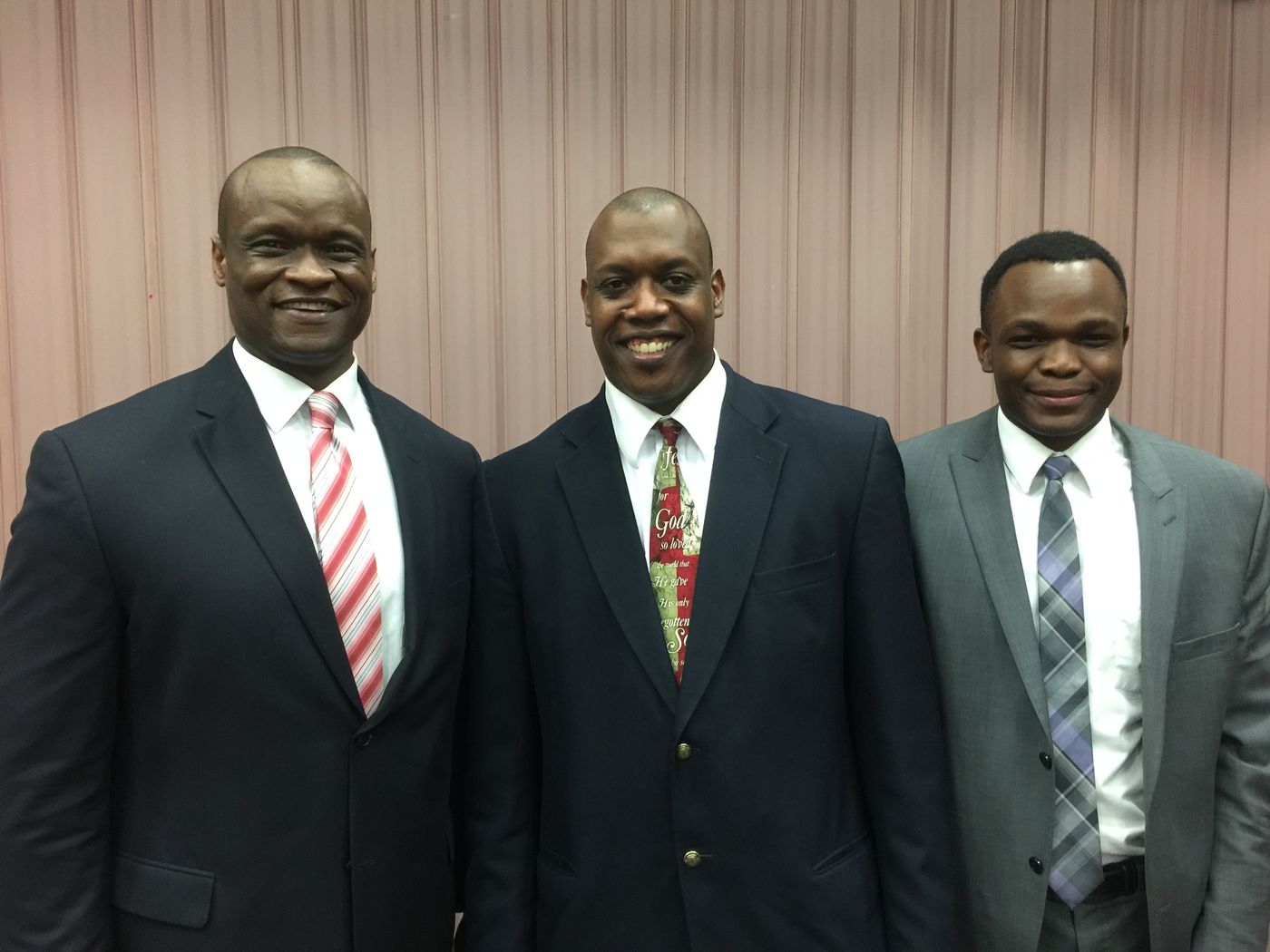 In 1971 Ruffin Bridgeforth, Darius Gray, and Eugene Orr, all African American Mormons, met at the University of Utah in Salt Lake City to create a strategy for receiving greater support for the black members of the Latter Day Saints. In that year, there were only three or four hundred Latter-day Saints of African descent throughout the world, although some of them traced their family lineage to the earliest black LDS members in the 1830s and 1840s.

In 1971 the church continued its ban of all blacks from its priesthood and significant temple rites that was handed down in 1852, regardless of the length of their family membership as Mormons.  Ultimately, Darius Gray approached Church President Joseph Fielding Smith with their concerns. President Smith assigned three junior apostles, Elders Gordon B. Hinckley, Thomas S. Monson, and Boyd K. Packer, to meet with the three black Mormons. Their meetings began on the morning of June 8, 1971, a date which would take on greater significance in 1978, when the priesthood restriction was abandoned. From June until October, meetings were scheduled twice a month. In early October, an unscheduled meeting was called. Gordon B. Hinckley told Bridgeforth, Gray, and Orr that he and his associates were establishing a support organization for black members of the LDS Church and wished to have Ruffin Bridgeforth serve as president. Bridgeforth asked both Gene Orr and Darius Gray to serve as his counselors, and the three selected a name for the group: Genesis. On October 19, the Genesis Group of the Church of Jesus Christ of Latter-day Saints was organized. Mary Lucile Bankhead, a descendant of vanguard pioneer and “colored servant” Green Flake, was named president of the Relief Society, the women’s auxiliary.

The Genesis Group conducted activities to promote unity and understanding between black and white Mormons. Group members performed plays, put on soul food dinners, and brought many inactive black Mormons and other Mormons of color back to the church. Their summer picnics also brought together many of Utah’s African Americans for socializing and food, whether or not they were LDS Church members. Though these social activities were initially a great success, the fledgling group had to work hard to keep its members active.

When the priesthood restriction was finally removed on June 8, 1978, the Genesis Group was disbanded by LDS Church leaders. By 1996, however, it became clear that it was still needed. The lifting of the restriction had come as a policy change with no explanation of why the restriction had existed at all. None of the racist folklore which had sustained the restriction was disavowed until 2013, and therefore it was still being taught in 1996. Black members came across the folklore—that blacks bore the “Curse of Cain” or that they had been “less valiant” than whites in a pre-mortal life—in church books and in their LDS congregations, and many left the faith. Ruffin Bridgeforth asked Church President Gordon B. Hinckley if the Genesis Group might be re-established. He was told that as president of Genesis, he still had all the authority he was given in 1971.

Though Bridgeforth was ill, he took the helm again. Darius Gray returned as his counselor, and Don Harwell served as second counselor. In 1997 Bridgeforth passed away, and Darius Gray was asked to fill the presidency. Under Gray’s leadership, the group quadrupled in size. When Gray first presided over Genesis, the congregation numbered between sixty or seventy. During his presidency, the number rose to an average of three hundred, and, during special meetings, to seven hundred. Many white Mormons were adopting children of color, and Genesis became a place where these children could see others who resembled them. Additionally, Genesis, with its use of traditional spirituals, clapping, and call-and-response sermons, became a refuge for white Mormons who were unsure of their faith. The composition of the congregations was 50 percent white and 50 percent black. All were welcome, and the meetings often featured LDS leaders as well as popular black performers, including Thurl Bailey and Alex Boye.

In June 2003, the Genesis Group meeting was held in the historic Salt Lake Tabernacle, celebrating the twenty-fifth anniversary of the “priesthood revelation.”  Gladys Knight, one of the most prominent recent African American converts to the LDS Church, performed along with the interracial Saints Unified Voices Choir. The audience exceeded the tabernacle’s capacity of seven thousand.

Darius Gray was released as president in 2003, and Don Harwell became the new president, with counselors Orrin Howell and Eddie Gist. Recently, other Genesis Groups have been started beyond Utah. These groups are in Oakland, California; Raleigh, North Carolina; and Arlington, Texas.