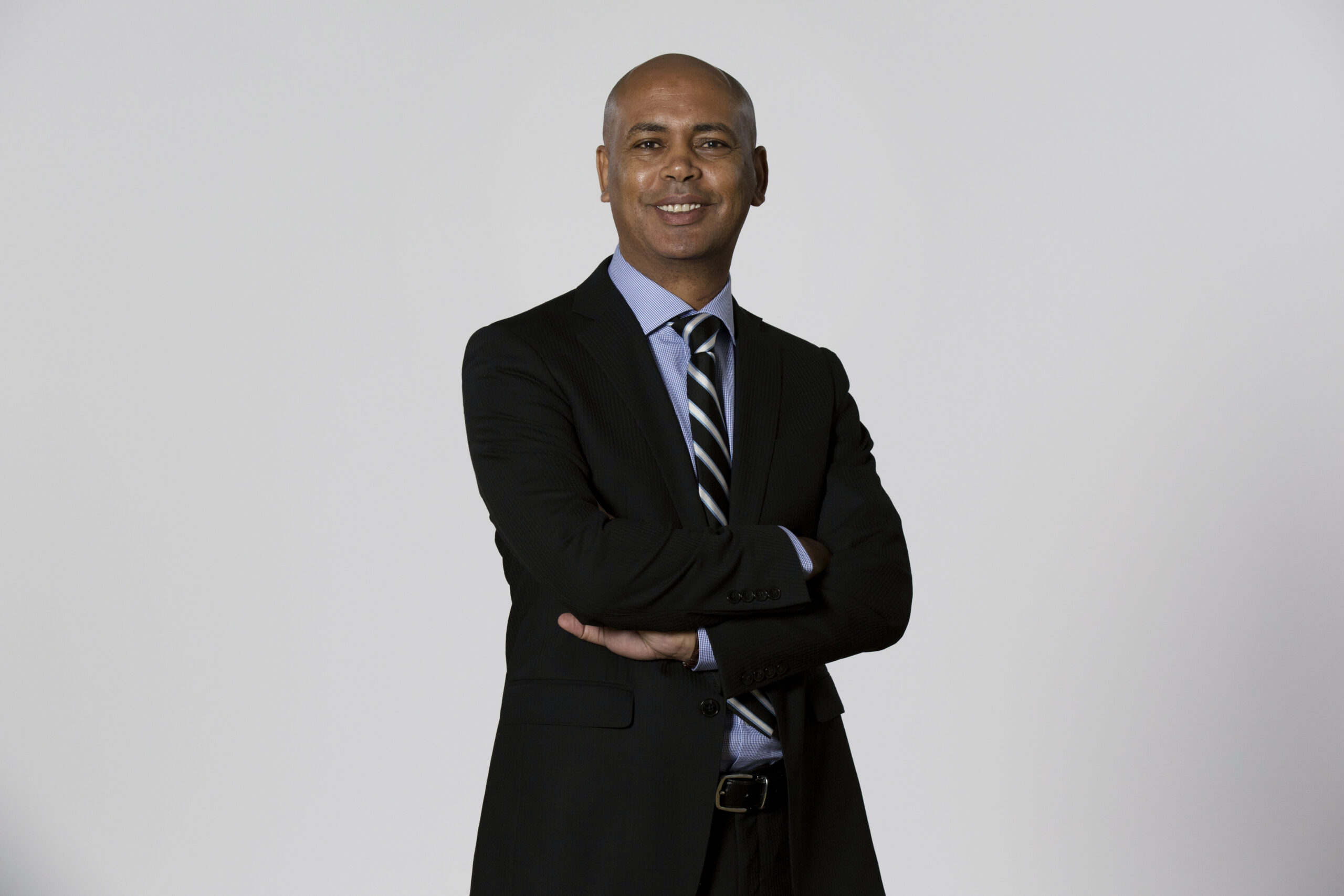 Labor leader Tefere Gebre fled Ethiopia at fourteen years of age, moved to the United States, and was elected years later, in 2013, executive vice president of the American Federation of Labor-Congress of Industrial Organizations (AFL-CIO). The third highest-ranking member of the largest labor federation in the United States, he is also the first immigrant (or political refugee) to serve as a national officer in the organization.

Born October 15, 1968, in Gondar, Ethiopia, Gebre’s father was a retired judge and his mother’s family had political connections to Emperor Haile Selassie. In 1974, a military coup deposed Selassie, resulting in a military dictatorship in which tens of thousands were tortured and murdered, now called the Red Terror. Consequently, Gebre and his relatives were forced to flee Ethiopia.

At fourteen, Gebre, a nephew, and three friends walked for ninety-three days across the desert to Sudan. On this journey, they were robbed and abandoned. After weeks, they crossed a river, despite not knowing how to swim, unintentionally slept in quicksand, and were forced to bribe soldiers. Upon reaching Sudan, Gebre weighed just sixty-seven pounds, having lost about a third of his weight. Five months later, the International Rescue Committee sponsored him as a refugee which allowed him to move to the United States.

Gebre was resettled near downtown Los Angeles, California, living with other refugees in an apartment. He graduated from Belmont High School in 1987. He then attended California State Polytechnic University, Pomona on an athletic scholarship as a track and field star, and studied international marketing. While in college, Gebre worked as a night shift loader at UPS and joined Teamsters Local 396. Appreciating the many benefits of belonging to a union, he quickly became a staunch unionist. Tefere then earned an MBA from the University of Southern California.

While at USC, he was twice elected president of the California Young Democrats, the first African (or African American) and first immigrant to hold that position. After graduation, he served as a legislative aide, on labor policy, for then-Speaker of the California State Assembly Willie L. Brown Jr.

Gebre then chose to work for the labor movement, doing so in various capacities in Southern California. His first successful organizing campaign was among sanitation workers in Orange County. Gebre served as the Southern California Political Director of the California Labor Federation and then helped lead the Orange County Labor Federation. Although Orange County is considered quite conservative, Gebre increased the federation’s membership by more than fifteen thousand members, and connected it to social justice causes including immigrant rights.

In 2013, Gebre was elected executive vice president of the AFL-CIO. In this capacity, he works to build labor-community partnerships through the federation’s central labor councils and state federations. Gebre also plays a major role in the federation’s push for comprehensive immigration reform, including a “pathway to citizenship” for millions of undocumented immigrants.

Gebre and his wife, Jennifer Badgley, formerly an organizer for the International Brotherhood of Electrical Workers, live in Maryland.