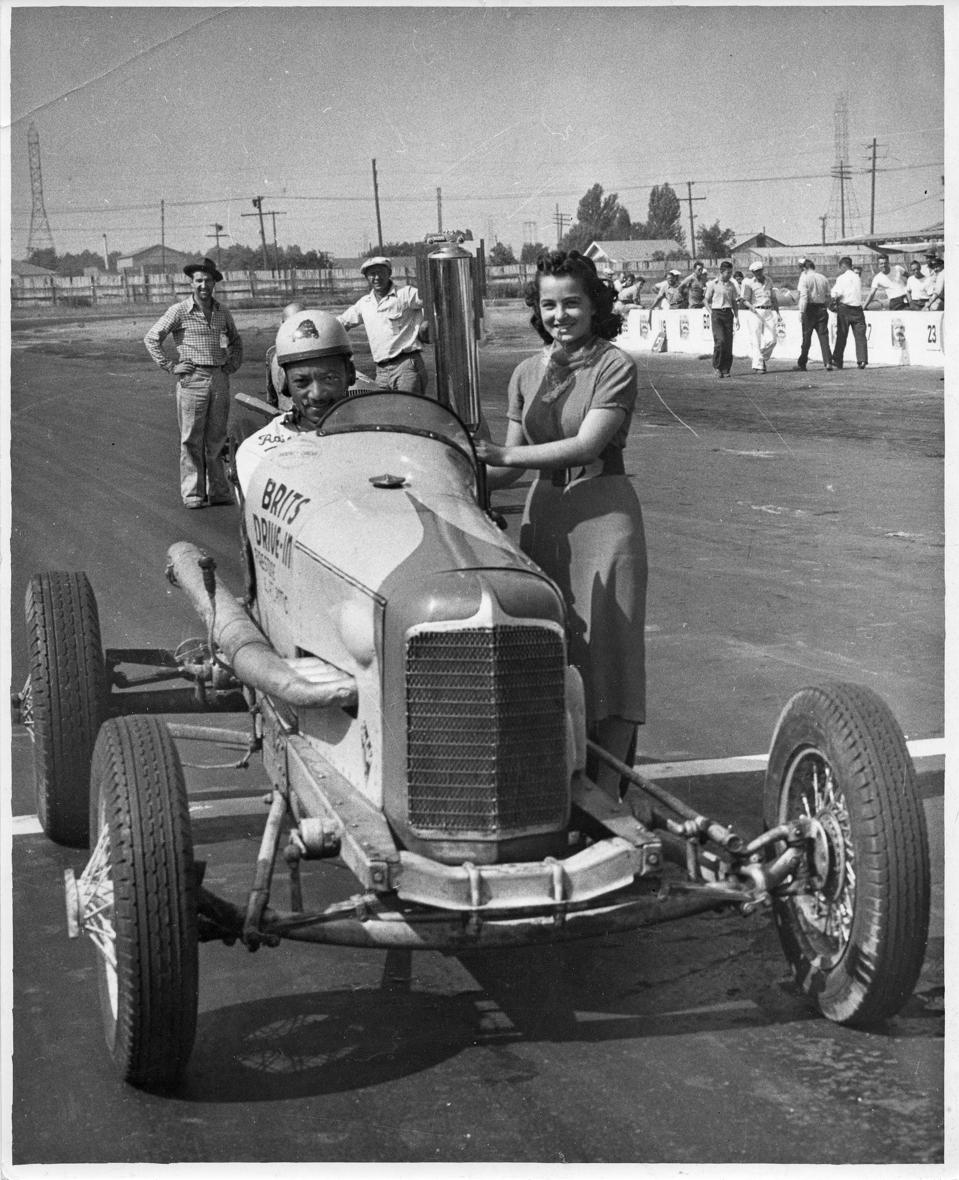 Automobile racer Rajo Jack DeSoto was born Dewey Gatson on July 28, 1905 in Tyler, Texas. (Previously published biographies have incorrectly listed his racing name as Rojo Jack.) Rajo Jack was barred from racing in many organized venues because of his African American heritage, but he had several notable wins and a number of historic crashes. He was inducted into the West Coast Stock Car Hall of Fame in 2003.

Dewey Gatson’s parents were Noah, a railroad employee, and Frances (Gee). He had three sisters and two brothers. Sometime in his teens, Gatson and his family moved from Texas to California. In 1921 Gatson got a job with a travelling entertainment show, acquiring skills as a mechanic. He later worked as a mechanic for racing teams and began racing on his own in 1923 in a souped-up Model T Ford.  Later that year he was hired by Rajo Motor Manufacturing to sell its after-market racing kits. Gatson’s sales skills earned him the nickname of “Rajo.” In 1936 he had a big victory at the Los Angeles Speedway in a stock Ford two-seater. He won by over two laps.

Gatson continued to race on the West Coast but was barred from racing in sanctioned American Automobile Association events, including the Indianapolis 500. His pseudonym of DeSoto presumably came about because he sometimes said he was Portuguese in order to gain eligibility. Mostly, however, he raced on the American Racing Association “outlaw circuit.”

After World War II Gatson competed the Western Racing Association sprint car races and in 1954 was finally able to participate in AAA-sanctioned races sponsored by the Honolulu Chamber of Commerce. By that time he was driving with partial vision, having lost his eye in a motorcycle stunt in 1938. Still, he captured two victories. While not racing he owned several businesses, including an automotive garage and a cleaning service.

Rajo Jack was married and then divorced, but the details are unknown. Rajo Jack died in California on February 27, 1956 from heart failure suffered while on Highway 395 near Inyokern. In 2003 he became the first black driver inducted into the West Coast Stock Car Hall of Fame.