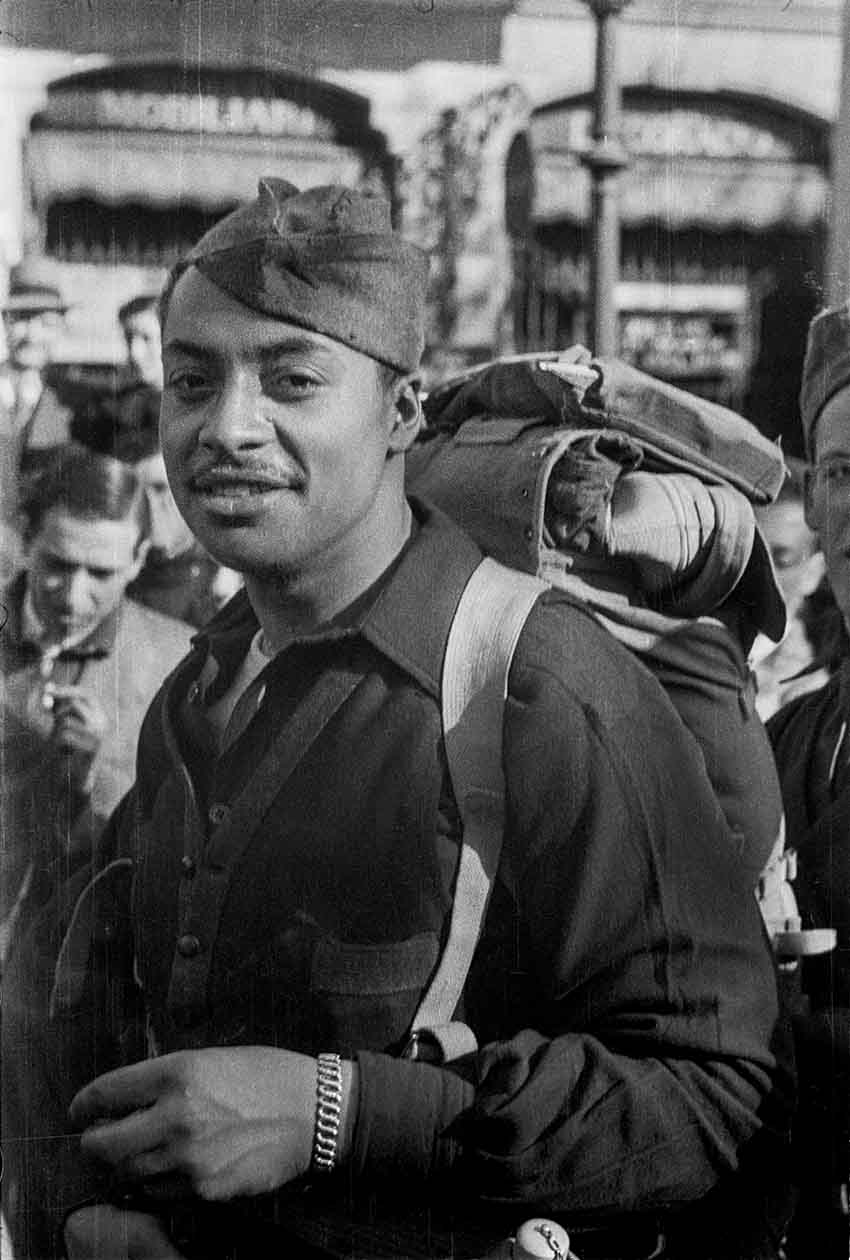 Veteran of the Spanish Civil War and World War II, Walter Garland was born in New York City on 27 November 1913.  After serving in the U.S. Army for two years, he enrolled at Brooklyn College where he studied mathematics.  Garland joined the Communist Party in 1935 and became active in the National Negro Congress.  When the International Brigades formed to fight for Republican Spain, Garland volunteered, sailing for France in January 1937.

Late in February, Garland had his first taste of combat as a Lincoln in the Battle of Jarama.  Wounded in the fighting, Garland distinguished himself and was selected for officer training.  As a lieutenant, he commanded a machine gun company in the Washington Battalion and was wounded again during the Brunete Offensive.  In October, Garland returned home to fundraise for the International Brigades.

The following two years saw Garland become very active in politics on behalf of the Communist Party, lobbying for the United States to lift its arms embargo on Spain and running for both U.S. Congress and the New York State Assembly.  In 1941, he married Patricia Williams.  During World War II, Garland reenlisted in the Army, teaching a variety of classes based on his previous military experiences and achieving the rank of first sergeant; his requests for overseas duty were denied.

With the war’s end, Garland resumed his political activities in New York City.  In association with Harlem’s Ben Davis Club, Garland gave speeches to communist-affiliated organizations and protested discrimination and police brutality.  He joined Bert Jackson, another former Lincolnite, in forming the United Negro Allied Veterans Association to protect the rights of African American veterans.  Garland also traveled with civil rights activist and entertainer Paul Robeson.  Garland was expelled from the Communist Party in the early 1950s and left his wife and child in 1954 for Columbus, Ohio, to work a variety of odd jobs until his death in the late 1960s or early 1970s.