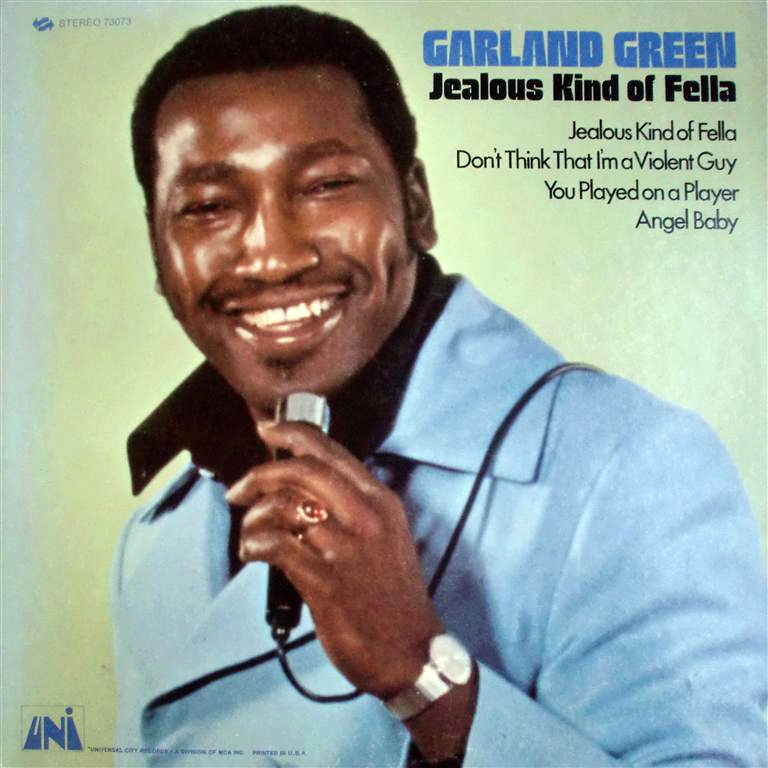 Pianist, singer, lyricist Garland Green, Jr. was born on June 14, 1942, in Dunleith, Mississippi, to Garland Green, Sr. and Mary Green. He was the tenth child of eleven siblings.

In 1958, 16-year-old Green moved to Chicago, Illinois and shortly after his arrival he entered Englewood High School.  On weekends he sang as a solo artist and with groups for extra income.  Green graduated in 1960 and afterward enrolled in the famous Chicago Conservatory of Music, studying piano performance from 1960 to 1962.

Green and Joshie Jo Armstead, a composer and lyricist from Yazoo County, Mississippi were married in Chicago in 1965. She was a member of the Ikettes of the Ike & Tina Turner Revue.

In 1967, Green won a local talent show at the Trocadero Theater, one of Chicago’s best-known burlesque theaters. As his prize he was allowed to open for the singer Lou Rawls at Sutherland Lounge, a popular venue for Chicago’s jazz scene in the Kenwood neighborhood.

By this time, Green’s marriage dissolved as Joshie Jo Armstead divorced him and married record producer Mel Collins in 1967. During this period, Green recorded on Gamma Records in Detroit the single, “Girl, I Need You.” The recording was popular in Detroit and Chicago but did not sell well anyplace else.

In 1969, Green recorded “Jealous Kind of Fella,” which was co-written by Armstead before their divorce.  The song became a surprise major national success, peaking #5 in the Billboard R&B chart and #2 in the Cashbox soul chart. It sold over a million copies by 1971 and proved to be by far his biggest hit.

In 1971 Green signed a contract with Cotillion Records and experienced some success with the single, “Plain and Simple Girl,” produced and arranged by the Howard University-trained composer Donny Hathaway. “Plain and Simple Girl” reached the R&B Top 20, peaking #17 on Billboard’s R&B chart. However, for some unforeseen reason, Cotillion Records never demonstrated an interest in the album and failed to promote it.  Green’s 1974 single “Let the Good Times Roll” peaked # 65 on the U.S. Billboard R&B chart.

In 1979, Green released a 5-song EP, “Gospel Rap,” on his own Love LA Music label. It was not successful prompting him to move to Los Angeles, California and sign with Ocean-Front Records. There he released the album, Love is What We Came Here For, which was co-produced by Arleen Schesel, whom he married that year, and legendary former Motown songwriter, Lamont Dozier. The album featured a re-worked version of a significant hit for Dozier in 1969, “Trying to Hold on to My Woman.” Green’s version finally peaked at #63 on the R&B chart in 1983 four years after its release.

In 2011 Green signed a deal for a new album with Special Soul Music, a new division of the label CDS Records. The album, titled I Should’ve Been the One, was his first new work album in 29 years. It was released in February 2012 when Green was 70.

Despite million selling “Jealous Kind of Fellow” Garland Green never achieved great success in the music business. For reasons that are not entirely clear, much of his work was censored by some top musical professionals at the time including the composer team Nicholas Ashford and Valerie Simpson, and Donnie Hathaway with whom he worked in the 1970s.