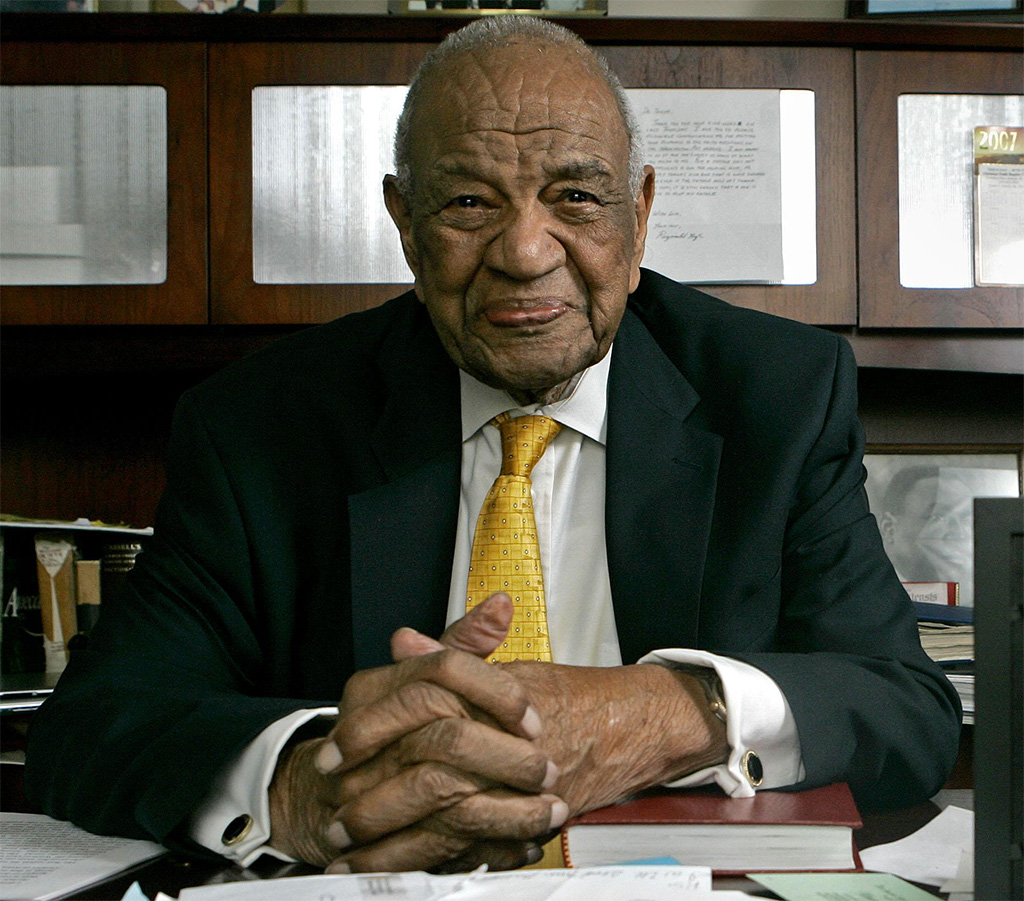 Gardner Taylor was a civil rights advocate, social change agent, prominent minister, and leader within the National Baptist Convention. Taylor became known as “the dean of American preaching” and was admired by many for his understanding and teachings of the Christian faith.

Taylor was born on June 18th, 1918, in Baton Rouge, Louisiana, as the only child to the late Reverend Washington Monroe Taylor and Selina Taylor. Taylor’s grandparents were enslaved in Kentucky, then brought to Mississippi. However, the path to Louisiana—where his father was born and became a prominent preacher—remains unclear. His mother Selina was from a racially mixed background.

Growing up, Taylor understood the importance of education and found himself inspired by his father’s preaching, although that was not the main driving force of his preaching career. Accepted into the University of Michigan Law School, young Taylor had aspirations of becoming a lawyer until he was in a car accident that caused a white man’s death. During this time in 1937, two other white men that saw the crash testified on Taylor’s behalf and explained that it was an accident. After this happened and surviving both the accident and the trial, he chose to go into the ministry and later attended Oberlin College in Ohio, where he received his divinity degree.

After his divinity degree, Taylor preached at Bethany Baptist Church in Elyria, Ohio, until 1941; then, he served as a pastor at Beulah Baptist Church in New Orleans, Louisiana for two years, and three years at Mount Zion Baptist in Baton Rouge. From 1948 into the late 1990s, was pastor of the Concord Baptist Church of Christ in New York City. Over the course of those years, he helped the congregation to grow from 250 to more than 10,000. Most of his sermons touched on the human struggle, the many challenges of life, poverty, and social justice issues. As a committed civil rights activist who sought to bring about change in the Black community, Taylor worked with Dr. Martin Luther King, Jr. and later sought the presidency of the National Baptist Convention, the latest Black Baptist denomination in the United States. After losing the election, he, Martin Luther King, and other ministers, founded the Progressive National Baptist Convention to support the civil rights movement and served as president from 1967 to 1969.

Long after his retirement Taylor continued to be active in social justice issues. In 1993 he preached at the inauguration of President Bill Clinton. He has lectured at numerous institutions including the Morehouse School of Religion and Duke Divinity School among others. Many of his sermons given throughout his career have been published.

Reverend Gardner Taylor died from a heart attack at the age of 96 on Easter Sunday, April 5th, 2015.