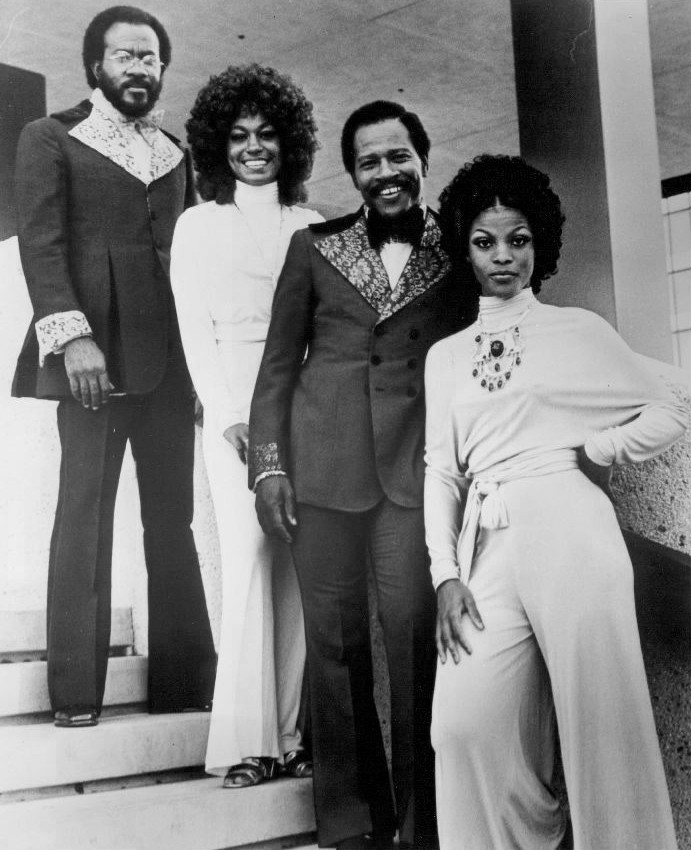 Established in 1966 as the Friends of Distinction, this California pop/soul sound R&B vocal quartet added a new dimension to the sound of African American contemporary music. They first thought to name the group, Distinctive Friends, but one of the members reversed the words.

The ensemble founders were lead vocalist, lyricist Harry Elston, born on November 4, 1938, in Dallas, Texas, and composer, lyricist Floyd Butler, born on June 5,1937 in San Diego, California. Both musicians had been part of a group called the Hi-Fi’s that backed the legendary Ray Charles. However, they invited contralto Jessica Cleaves, born on December 10, 1948 in Los Angeles, California, and contralto Barbara Jean Love, born on July 24, 1941, in Los Angeles to join the group. Later contralto Charlene Gibson replaced Love during her pregnancy.

By 1968, the Friends of Distinction were popular in Los Angeles and along the west coast. In 1969, however, the ensemble toured the United States and its territories, the Virgin Islands, Puerto Rico, and Guam, with the album, Grazin’which included the single by the same name.  The single was a variation of Hugh Masekela’s 1968 hit, “Grazing in the Grass.” Elston added original lyrics to the composition and recorded it at RCA. It peaked at #5 for 17 weeks on the Billboard R&B chart and peaked at #3 on the Hot 100. It even peaked at #5 in Canada RPM Top Single. The single sold more than a million copies. Several months later in 1969, their second hit, the ballad, “Going in Circles,” became a hit. This single peaked at #15 on the pop charts and peaked at #3 for 19 weeks on the R&B chart.  Like their first single, it sold more than a million records.

Released as a single in 1970, the Friends of Distinction’s “Love or Let Me Be Lonely” peaked at #6 on the Billboard Hot 100 and #13 on the R&B chart. In addition, it ranked as the 63rd biggest hit for that year, peaking their prolific period. The song was part of the album released in 1970 titled Whatever. The following year, 1971, the album Friends & Peoplecame out. Neither album did well. The singles, “It Don’t Matter to Me,” “Long Time Comin’ My Way,” and their final album, Reviviscence’ Live To Light Again, released in 1975, did not chart indicating a decline in the popularity of the Friends of Distinction.

In 1975, the quartet did not tour. Elston and Butler left the group over an unresolved disagreement. They reconciled in 1990 attempting to revive the Friends of Distinction. Unfortunately, Butler died on April 29, 1990, at the age of 52 of a heart attack before the group could be reconstituted.

In 1996, former Cleveland Browns star running back Jim Brown persuaded the surviving Friends of Distinction to sign on the RCA label. Their return to recording and performing was not successful. When Jessica Cleaves died on May 2, 2014 at the age of 65, the group permanently disbanded.