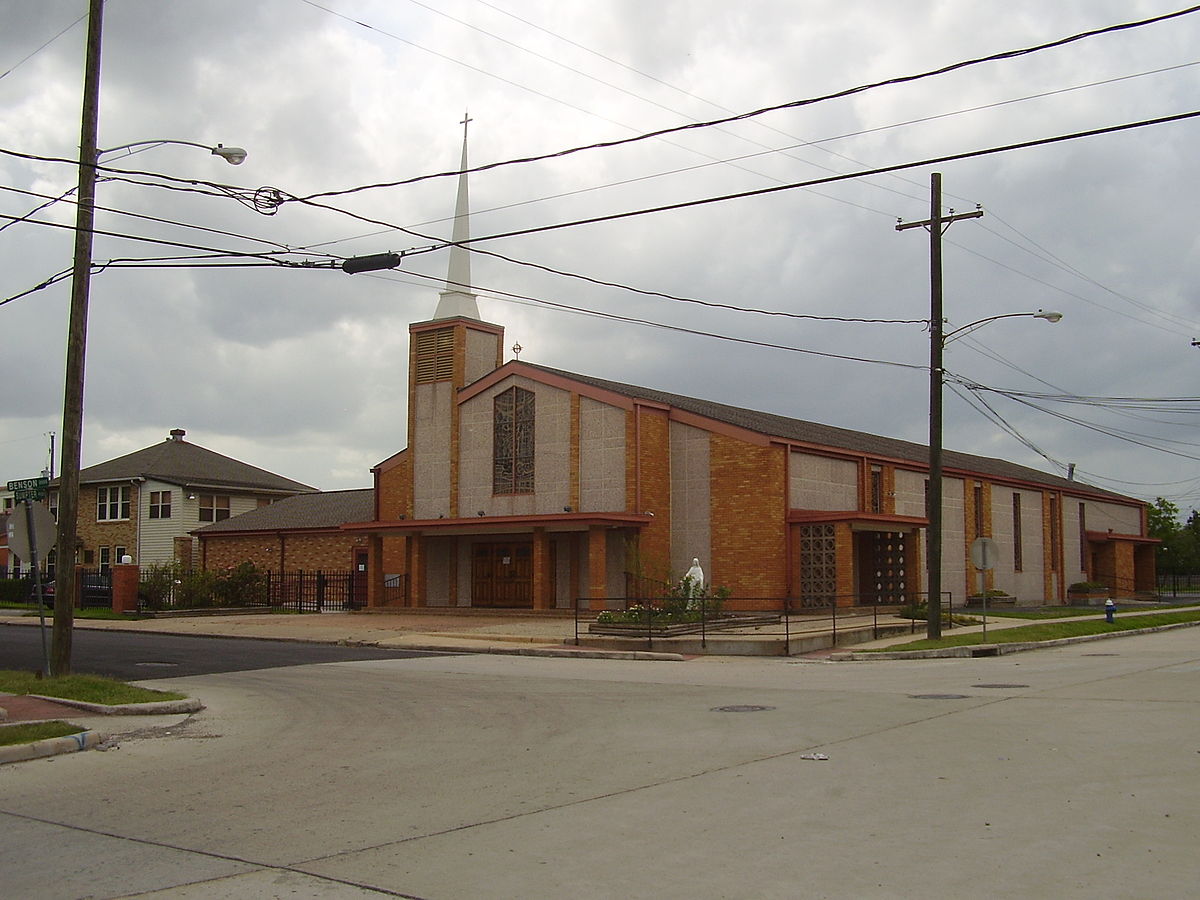 Frenchtown, a community built in 1922 in Houston, Texas, was constructed by hundreds of Creole descendants of free French, Spanish, and African people living in southwestern Louisiana in the eighteenth century. Coming to Houston for economic opportunities, they settled and created this community because of the racial segregation existing at this time that limited them to certain parts of the city.

Houston experienced three major waves of Creole immigration. The first wave occurred at the beginning of the 1920s: Houston was economically booming and attracted a lot of workers. Among them were descendants of a mostly free, mixed-race French, Spanish, or African people living in the southern section of French colonial Louisiana. This first wave included skilled and semi-skilled workers; carpenters, bricklayers, mechanics, and sawmill workers.  They were mainly employed by the Southern Pacific Railroad, but they were also present in the oil industry or as longshoremen on the Houston Ship Channel.

The second wave of Creole immigrants followed the Great Mississippi River Flood of 1927. This migration was propelled by the immediate disaster, but the migrants also came for job opportunities. Finally, the economic growth prompted by World War II spurred the third wave, including people who were lured by job opportunities related to war production.

This residential segregation ironically allowed community members to maintain their cultural identity. Houses were built with discarded lumber coming from obsolete boxcars sitting at the Southern Pacific Railroad’s Englewood Yard. The streets were dirt roads and the public transportation was not accessible from the community: residents walked outside of the community in order to use streetcars.

Frenchtown was mainly French-speaking and in 1930 had a population of approximately five hundred Creoles. The community members were largely Catholic, and their life revolved around Our Mother of Mercy Roman Catholic Church. The Creole identity was present in many fields: residents had a distinct language, religion, cuisine, and music. Frenchtown also distinguished itself by its colorful patios, its cuisine, and its music: zydeco. That music, a blend of traditional Creole music and Houston’s blues and R&B, would eventually spread from Houston across African American communities throughout the West.

Frenchtown’s residents often had lighter skin than other black people living in the Fifth Ward, which prevented significant assimilation into the larger Houston community. Some children were mocked because of their language, their skin, or their habits. This problem of intra-racial integration led to many Frenchtown residents discouraging the use of French or simply changing their names when they arrived in Houston.

After World War II, the special culture of Frenchtown began to disappear and an acculturation process into larger black Houston commenced. The end of residential segregation in the 1960s led to more movement of Frenchtown residents across the city and led to an increase of mixed-culture among all black residents. Some French-speaking people left Frenchtown and non-Creoles began to settle there. Other Creoles married into the larger black community. The final blow came when federal officials decided to build U.S. Highway 59 through the center of the community in 1961. By that point, Frenchtown lost its Creole identity and became just another residential neighborhood in Houston’s Fifth Ward.