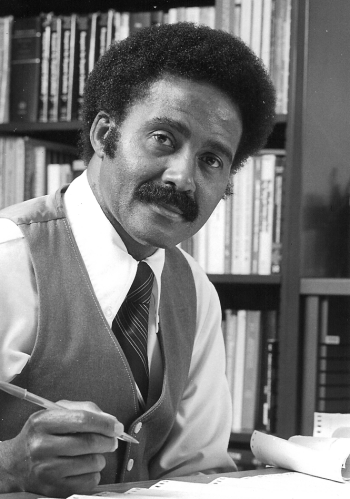 With expertise in the mechanisms and kinetics of the oxidation of transitions metals, and in agricultural chemistry, Fillmore Freeman has become one of the three most frequently cited African American chemists in the nation (the other two being Donald J. Darensbourg at Texas A&M University and Joseph S. Francisco of Purdue University), according to a survey conducted by the Journal of Blacks in Higher Education.

Born on April, 1936 in Lexington, Mississippi, Freeman earned his bachelor of  science degree from historically black Central State University in 1957 and his Ph.D. in physical organic chemistry from Michigan State University in 1962.  From 1962 to 1964 he worked as a research chemist with a private firm and from 1964 to 1965 was a National Institutes of Health (NIH) fellow at Yale University.  Later, he was an Alexander von Humboldt Foundation fellow, a Fulbright-Hays senior research scholar, a visiting professor at the Max Planck Institute of Biophysical Chemistry in West Germany and at the University of Paris, and an adjunct chemistry professor at the University of Chicago.

From 1965 to 1973 Freeman was a chemistry professor at California State University at Long Beach.  Since 1973 he has taught chemistry at the University of California at Irvine.  Although his expertise has been focused on carbohydrates, computational chemistry, cycloaddition reactions, heterocycles, molecular rearrangements, and organosulfur chemistry, for a period in the early 1990s Freeman’s research on the efficacy of garlic in lowering cholesterol levels in human blood was widely publicized.  In 1991 he received a grant of $507,750 from the National Institute of Allergy and Infectious Diseases to develop compounds from tropical plants in Latin America and Africa to fight various fungal diseases, viruses and parasitic illnesses.