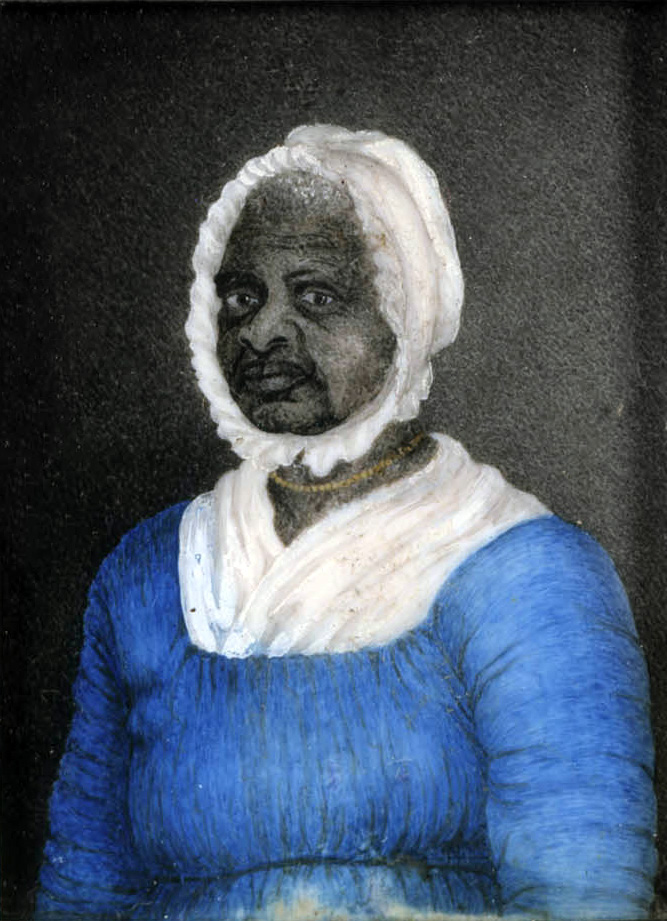 Elizabeth Freeman was born into slavery in Claverack, New York in 1742. During the 1770s, she lived in the household of Colonel John Ashley of Sheffield, a prominent citizen who at that time also served as a judge of the Berkshire Court of Common Pleas. Colonel Ashley purchased Freeman from a Mr. Hogeboom when she was six months of age.  Upon suffering physical abuse from Ashley’s wife, Freeman escaped her home and refused to return. She found a sympathetic ear with attorney Theodore Sedgwick, the father of the writer Catherine Sedgwick. Apparently, as she served dinner to her masters, she had heard them speaking of freedom—in this case freedom from England—and she applied the concepts of equality and freedom for all to herself.

In 1781 Freeman, with the assistance of Sedgwick, initiated the case Brom and Bett v. Ashley that set a precedent for the abolition of slavery in Massachusetts.  According to the Massachusetts Judicial Review, the 1781 Berkshire county case of Brom and Bett v. Ashley, often referred to as the Mum Bett or Elizabeth Freeman case, was unique because it occurred less than one year after the adoption of the Massachusetts Constitution and because, in contrast to prior freedom suits, there was no claim that John Ashley, the slave owner, had violated a specific law. This case was a direct challenge to the very existence of slavery in Massachusetts.

Once free, Freeman stayed with the Sedgwick family as a servant in gratitude to Theodore Sedgwick. Sedgwick in arguing a later case used the example of Freeman when he said in defense of the abolition of slavery, “If there could be a practical refutation of the imagined superiority of our race to hers, the life and character of this woman would afford that refutation.”  Freeman died on December 28, 1829 at 85 years of age.

Sidney Kaplan and Emma Nogrady Kaplan, The Black Presence in the Era of the American Revolution (Amherst: The University of Massachusetts Press, 1989);