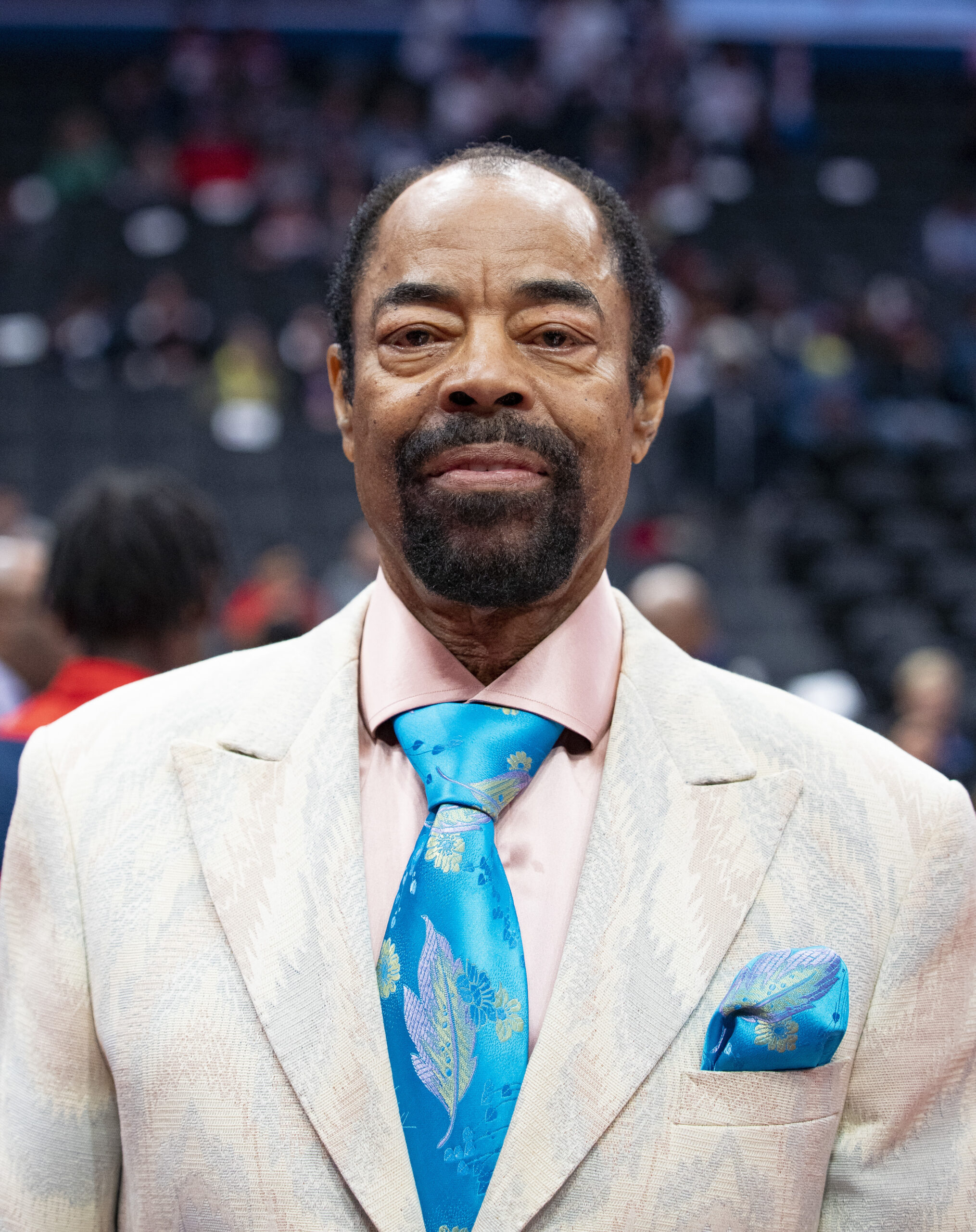 During his rookie season, a Knicks official nicknamed Frazier, “Clyde” after the infamous 1930s bank robber Clyde Barrow. The name stuck as Frazier personified African American pride and culture in the early 1970s. His stylish dress and his cool demeanor on and off the court resembled some of the popular characters in Blaxploitation movies of the era such as John Shaft in Shaft and Priest in Superfly.

As a Knick, Frazier played in seven NBA All-Star Games and named to four All-NBA First Teams and seven NBA All-Defensive First Teams.  While with the Knicks, Frazier also set team highs for points scored, games played, and assists. He led the team to its only NBA titles in 1970 and 1973.

A nagging foot injury in the mid-1970s diminished his athleticism on the court. He was traded and played the final three years of his career with the Cleveland Cavaliers.  Frazier retired from the team in 1979 with a career scoring average of 18.9 points per game and 20.7 points per game average in the playoffs as well as 15,581 points.  In 1979, the Knicks retired Frazier’s jersey and in 1987 he was elected to the Naismith Memorial Basketball Hall of Fame.

In retirement, Frazier for a short period became a player agent and invested in a franchise in the now defunct United States Basketball League. He later relocated to the U.S. Virgin Islands, where he operated a charter boat service.  After losing his home and a boat in Hurricane Hugo in 1989, Frazier returned to New York City and began a career as Knick broadcast analyst. With this position, he opened the door for other African American sports commentators.

Over the past two decades, Frazier has become a fan favorite with his colorful play-by-play announcing style and use of descriptive terms known as “Clyde-isms.” Frazier’s popularity also opened the door for him to serve as a spokesperson for diabetes awareness especially in the African American community. Frazier also joined a group of black real estate investors and entrepreneurs who have been involved in gentrification efforts in Harlem. In 2010, he purchased three penthouses in the community as headquarters for his sports management firm and other business ventures.

In 1996 the NBA selected Frazier as one of the 50 greatest players in the league. A member of Alpha Phi Alpha Fraternity, Frazier is divorced and has a son named Walt Frazier III.