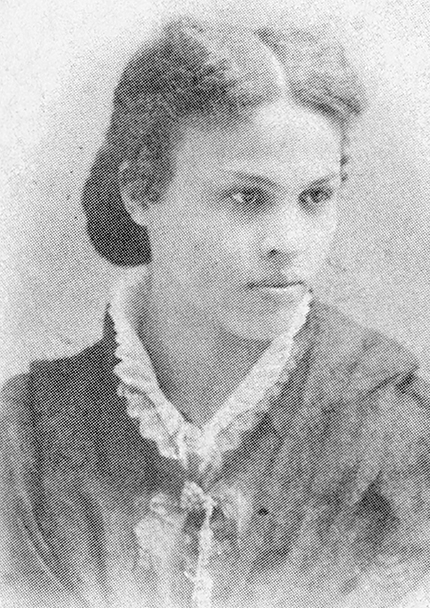 Sarah Loguen was born on January 29, 1850, in Syracuse, New York, the fifth of eight children to the Rev. Jermain Wesley Loguen, a former slave and prominent abolitionist, and his wife, Caroline Loguen, the daughter of prominent local abolitionists. Her father started the first school for black children in the Syracuse area and used his home as a safe house for hundreds of slaves traveling the Underground Railroad.  In 1868, the same year Sarah graduated from high school, Rev. Loguen became a bishop in the African Methodist Episcopal (AME) Church.

That year she grew very close to her father, working as his secretary and studying German as a hobby. In 1872, when Loguen was twenty-two, her father died and because her mother had died previously in 1867, she became head of the household since her eldest sister, Amelia, had married and moved to Washington, D.C. Loguen’s desire to pursue a medical career came in 1873. A  young boy was injured when a wagon ran over his leg, and she was unsettled by the ineffective reaction of the crowd who had gathered and her own inability to respond.  That day she vowed to make a difference by becoming a physician. She spent the next five months shadowing Dr. Michael D. Benedict, the family’s physician. Because of her work with Dr. Benedict, she was admitted to the Syracuse School of Medicine on October 3, 1873.

Dr. Sarah Loguen graduated with her medical degree from the Syracuse College of Medicine in the spring of 1876, becoming the fourth African American female physician in the United States. With encouragement of her mentor, Dr. Benedict, she completed an internship at the Women’s Hospital of Philadelphia, Pennsylvania in 1877 and a second internship at the New England Hospital for Women and Children in Boston, Massachusetts in 1878.

In 1879, Dr. Loguen moved to Washington, D.C. to live with her elder sister and establish a private practice.  While in Washington she met her soon-to-be husband, Charles Alexander Fraser, a pharmacist from Santo Domingo (now the Dominican Republic). The couple married in her hometown of Syracuse, New York on September 19, 1882, and moved to Santo Domingo, where Dr. Fraser became the first female physician in that nation.  The couple gave birth to Gregoria Alejandrina Fraser in 1883.  The following year, however, Charles Fraser died of a stroke.

After a period of international travel and a period where Dr. Fraser lived in Paris, France to allow her daughter to attend school, she returned to Syracuse and practiced pediatric medicine and mentored black midwives.  She later moved to Washington, D.C. where she was reunited with her sister, Amelia.  Dr. Sarah Fraser died at home in Washington, D.C. in the company of her daughter on April 9, 1933.