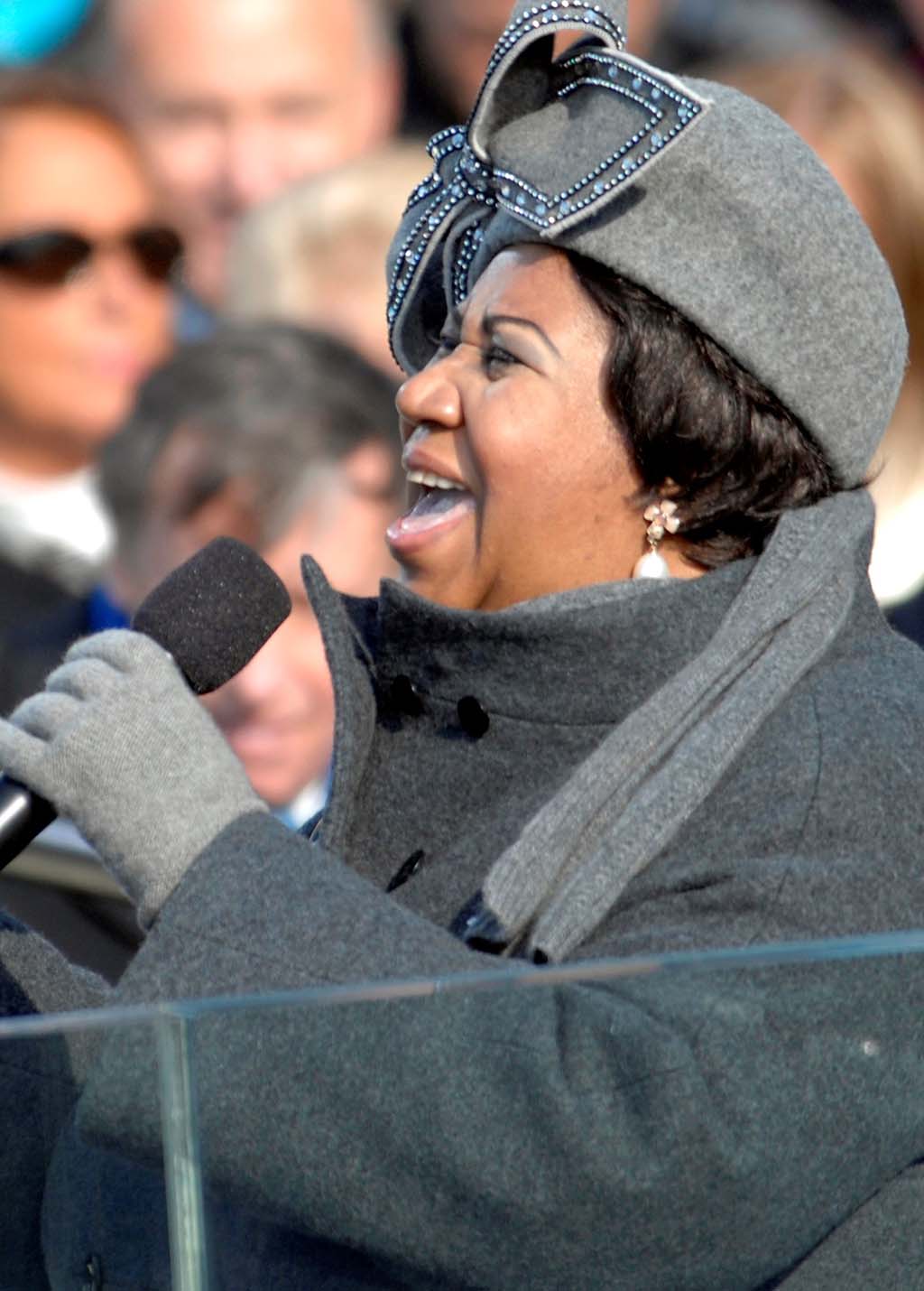 In her five decades as a recording artist, Aretha Franklin, the undisputed “Queen of Soul,” became a music legend. Aretha Louise Franklin was born in Memphis, Tennessee on March 25, 1942. Her family soon relocated to Detroit, Michigan, where her father, Reverend C.L. Franklin, became a minister at New Bethel Baptist Church. Rev. Franklin was a prominent gospel performer in his own right and his career exposed his daughter to gospel and soul music and to civil rights leaders such as Dr. Martin Luther King, Jr. and contemporary or future musical icons such as Smokey Robinson, Sam Cooke, Clara Ward, and Bobby “Blue” Bland. Unfortunately, Aretha’s life was marred by tragedies that included the death of her mother when she was 10, physical abuse by her first husband, and the tragic shooting of her father in 1979.  He remained in a coma until his 1984 death.

Aretha Franklin recorded her first album at the age of fourteen, The Gospel Sound of Aretha Franklin, while singing solos in New Bethel and going on tours with her father.  In 1960, she signed with Columbia Records. Despite producing ten albums and her concert performances netting $100,000 in nightclubs and theaters, the Columbia style, featuring Top 40 pop ballads, proved an uneasy fit. Columbia tried to turn Aretha into a jazzy pop singer while she was determined to draw on her background in blues and gospel music. In 1966, Franklin signed with Atlantic Records which gave her more creative control, and she began revolutionizing soul music by creating a sound all her own.

By 1968, Aretha Franklin was considered a symbol of black pride and soul music. Her songs “Respect,” “You Make Me Feel Like a Natural Woman,” “Young, Gifted, and Black,” and “Think” became anthems reflecting the growing militancy of African Americans in challenging racial oppression. Her Amazing Grace album released in 1970, which returned her to her church roots, sold over two million copies and made her one of the most successful gospel singers of the era. Franklin received an award for excellence from Dr. Martin Luther King in 1967 and appeared on the cover of Time magazine on June 28, 1968.

In the early 1970s, despite the success of her landmark 1971 album Aretha Live at the Fillmore West, her career began to decline. She worked on the soundtrack to the 1976 film Sparkle with Curtis Mayfield, which produced her last Top 40 hits of the decade.

In the 1980s Franklin moved to Arista Records where she has recorded everything from gospel to dance music. While her last big hit was A Rose Is Still a Rose, produced by Lauryn Hill in 1998, Franklin continued to be a significant presence in the music industry and the African American community.  In 2001, she wowed audiences across the globe with her performance in VH1’s Divas Live: The One and Only Aretha Franklin, and in 2009, she sang “My Country ‘Tis of Thee” at President Barack Obama’s inauguration.

Franklin was the first woman inducted into the Rock & Roll Hall of Fame (1987). She had the largest number of Top 40 singles of any female performer (forty-five) and was also the youngest recipient of the John F. Kennedy Center Honors (1994). Over her career, Franklin won seventeen Grammys and had twenty Number 1 R&B hits. Her 1967 album, I Never Loved a Man the Way I Loved You, is considered the greatest soul album of all time, while her 1971 Aretha Live at the Fillmore West is called one of the top five greatest live albums of the rock era.

Aretha Louise Franklin died in Detroit, Michigan of pancreatic cancer on August 16, 2018.  She was 76.