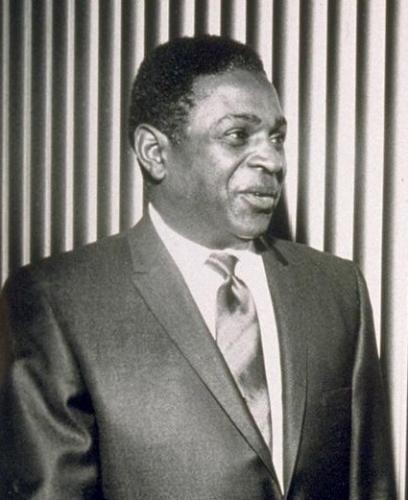 The first African American to serve on the San Francisco Board of Supervisors, Terry Francois was a leading politician in that city for several decades in the second half of the twentieth century. Born in Louisiana in 1921, Francois served in the Marines during World War II and afterward pursued higher education, receiving a bachelor’s degree from Xavier University in New Orleans and a master’s degree in Business Administration from Atlanta University.

In the late 1940s Francois moved to San Francisco, where he graduated from the Hastings School of Law in 1949 and eventually became one of the city’s leading black attorneys. In 1952 Francois helped to win a major case against the San Francisco Housing Authority’s discriminatory policies. The Housing Authority had maintained a policy of allowing only those residents who could live in the surrounding community to live in a particular housing project. If a project was in a neighborhood closed to blacks by residential segregation, the Housing Authority refused to let any blacks live in that project. Francois’s successful suit against this policy was a precedent that led to the striking down of similar rules in other cities.

In the 1950s Francois allied himself with young lawyer Willie L. Brown, Jr. (with whom he later shared a legal practice) and Dr. Carlton B. Goodlett, publisher of San Francisco’s largest African American newspaper, the Sun-Reporter, to push the city’s branch of the National Association for the Advancement of Colored People (NAACP) toward a more militant stance in support of civil rights activism. Francois lost a disputed election for the presidency of the San Francisco NAACP branch in 1955, but won the post in 1959.

As branch president Francois spearheaded successful campaigns to desegregate the city’s hotels and restaurants. At a 1963 protest against the Sheraton-Palace Hotel, Francois believed demonstrators had gone too far in blocking the hotel’s doorways, but nevertheless agreed to defend the demonstrators after their arrest, and later helped conclude an agreement that included the hiring of the first African American workers at the hotel.

In 1964 Mayor John Shelley appointed Francois to fill a vacant seat on the San Francisco Board of Supervisors. Francois would hold the seat for the next thirteen years. He quickly established himself as a leading force on the Board, particularly in 1965 when he cast a deciding vote against a proposed freeway through Golden Gate Park. Francois also championed a large urban renewal project in the Western Addition, one of San Francisco’s African American neighborhoods. This support earned him the enmity of black residents who opposed the project because they feared its displacement of African Americans, which they described as “negro removal.” Francois found himself opposed to his old friends Brown and Goodlett, with Brown endorsing community opposition to urban renewal and Goodlett denouncing Francois as an enemy of the neighborhood. However, Francois continued to be reelected as a Supervisor well into the 1970s.

Terry Francois retired from his Supervisor seat in 1977 in protest against a citizen initiative that changed the way supervisors were elected, from a citywide to a district-based system. Francois distrusted the neighborhood activists who promoted the change, a group that included both Brown and Goodlett.  He ran a successful campaign in 1980 to reverse the district elections reform. Terry Francois continued to work in private legal practice until his death from cancer in San Francisco on June 12, 1989.  He was 68 at the time of his death.