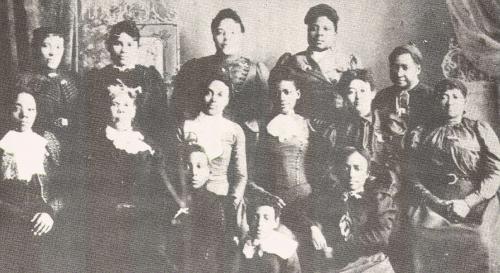 The Frances Ellen Harper branch of the Women’s Christian Temperance Union (WCTU) was founded in Seattle, Washington by Mrs. Emma Ray in 1891.  It was a local branch of the WCTU, an organization dedicated to total abstinence from alcohol based on the belief that alcohol was responsible for many of the economic and social problems in families and in society.  The Seattle branch was named after Frances Ellen Watkins Harper, a nineteenth-century African American poet and writer who was a strong supporter of women’s rights and temperance.

The Frances Ellen Harper WCTU also addressed the growing problem of homeless people along Jackson Street in the late nineteenth century.  Emma Ray, along with fifteen other women from the Jones Street African Methodist Episcopal Church (now First AME), used the WCTU as a means to organize efforts to help poor blacks and whites in the red-light district and in the King County Jail.

Although some praised the work of these women, Reverend J. Allen Viney of the Jones Street AME was not happy to see church money being spent among criminals, drug addicts and prostitutes.  He withdrew Jones Street AME’s financial support of the WCTU in 1895 and the Frances Ellen Harper branch dissolved.  Of the sixteen women involved, only the founder of the branch, Emma Ray, sought to join the white WCTU chapter in Seattle and continue working around Jackson Street.

The dissolution of the Frances Ellen Harper WCTU represented the ongoing debate among middle class African Americans about the importance of assisting the poor.  Despite the rhetoric of social uplift so common among local and nation African Americans, many members of the Jones Street AME and other middle class African Americans in the city did not automatically embrace the idea of addressing the needs of the poor, transient residents of Jackson Street.  Middle class members of the WCTU felt differently and for a time attempted to help the impoverished.  The experience of the Frances Ellen Harper WCTU reflected deepening class boundaries between poor and middle class blacks in the nation’s northwestern-most city.