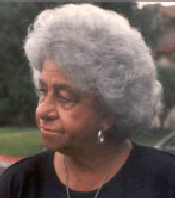 Frances Mary McHie Rains, an African American community worker, educator, businesswoman, and nurse, was born on January 29, 1911 in Minneapolis, Minnesota.  Inspired by local black activist and businesswoman W. Gertrude Brown, McHie decided to become a social worker.  After graduating from high school she attempted to enroll at the University of Minnesota’s School of Nursing.  When she was denied admission because she was African American, Brown teamed with Minnesota State Senator Sylvanus Stockwell to bring the issue before the Minnesota State Legislature.  McHie was admitted by the legislature which then officially outlawed discrimination in university admission by race.

Afer graduation in 1933, McHie became the first African American employed by the Minneapolis General Hospital as a supervisor of the outpatient clinic. She was also the first black person to work with the visiting Nurses Association in New Orleans, Louisiana and one of 12 nurses who broke the color barrier at Herman Kiefer Hospital in Detroit, Michigan.  Later McHie served as Associate Professor and assistant to the Director of the School of Nursing at Nashville’s’ Meharry Medical College and director of Nursing Service for its Hubbard Hospital.

Frances McHie married Dr. Horace Rains in 1951.  The couple relocated from Nashville, Tennessee to Long Beach, California and eventually had two children. In 1953, she was one of the first blacks to teach at the school of Nursing at the University of Southern California General Hospital in Los Angeles. After assisting her husband’s private practice in Long Beach for several years, Rains became a real estate broker in 1972 and quickly acquired a Century 21 franchise. Active in the southern California community, she organized the Long Beach National Council of Negro Women and served as an officer for the Long Beach National Association for the Advancement of Colored People (NAACP).

Rains, who joined the Alpha Kappa Alpha Sorority when she was at the University of Minnesota, was also a former board member of the Long Beach Children’s Psychiatric Clinic, the American Nurses Association and the Long Beach Harbor Area Chapter of Links. She was a member of Grant African Methodist Episcopal Church in Long Beach for nearly 50 years.  She was also chair of the Board of Directors of the Long Beach Community Improvement League. Frances McHie Rains died on May 21, 2006 after a stroke earlier that spring.