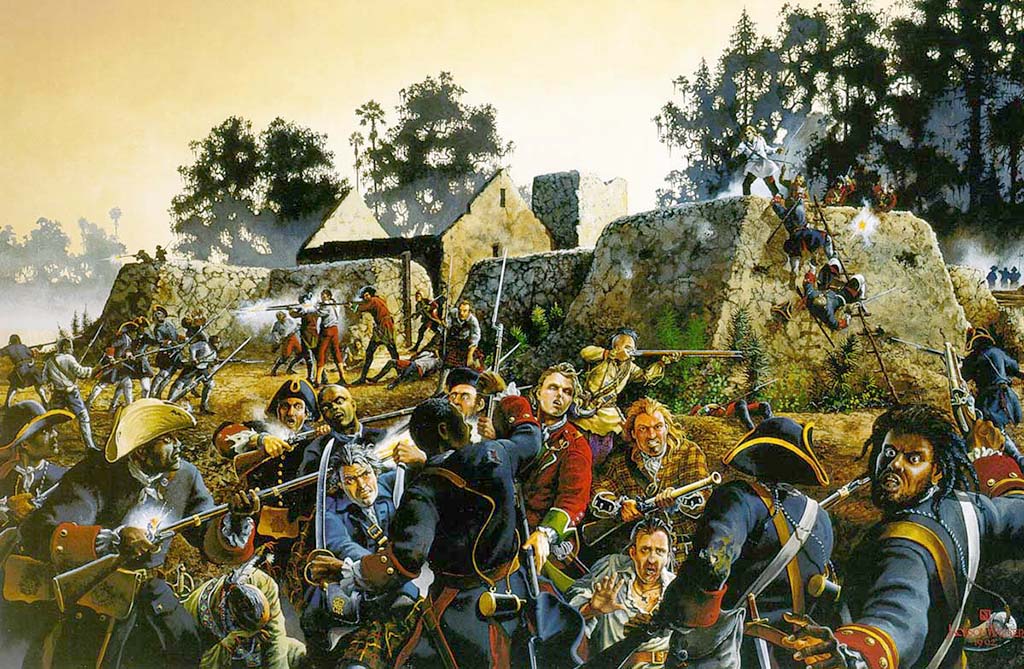 Established in 1738, Fort Mose was the first free black settlement in what is now the United States.  Located just north of St. Augustine, Florida, Fort Mose played an important role in the development of colonial North America.

As Great Britain, France, Spain and other European nations competed for control of the New World and its wealth they all in varying ways came to rely on African labor to develop their overseas colonial possessions.  Exploiting its proximity to plantations in the British colonies in North America and the West Indies, King Charles II of Spain issued the Edict of 1693 which stated that any male slave on an English plantation who escaped to Spanish Florida would be granted freedom provided he joined the Militia and became a Catholic. This edict became one of the New World’s earliest emancipation proclamations.

By 1738 there were 100 blacks, mostly runaways from the Carolinas, living in what became Fort Mose.  Many were skilled workers, blacksmiths, carpenters, cattlemen, boatmen, and farmers.  With accompanying women and children, they created a colony of freed people that ultimately attracted other fugitive slaves.

When war broke out in 1740 between England and Spain, the people of St. Augustine and nearby Fort Mose found themselves involved in a conflict that stretched across three continents. The English sent thousands of soldiers and dozens of ships to destroy St. Augustine and bring back any runaways.  They set up a blockade and bombarded the town for 27 consecutive days.  Hopelessly outnumbered, the diverse population of blacks, Indians and whites pulled together.  Fort Mose was one of the first places attacked.  Lead by Captain Francisco Menendez, the men of the Fort Mose Militia briefly lost the Fort but eventually recaptured it, repelling the English invasion force.  Florida remained in Spanish hands and for the next 80 years remained a haven for fugitive slaves from the British colonial possessions of North Carolina, South Carolina and Georgia and later when these possessions became part of the United States.