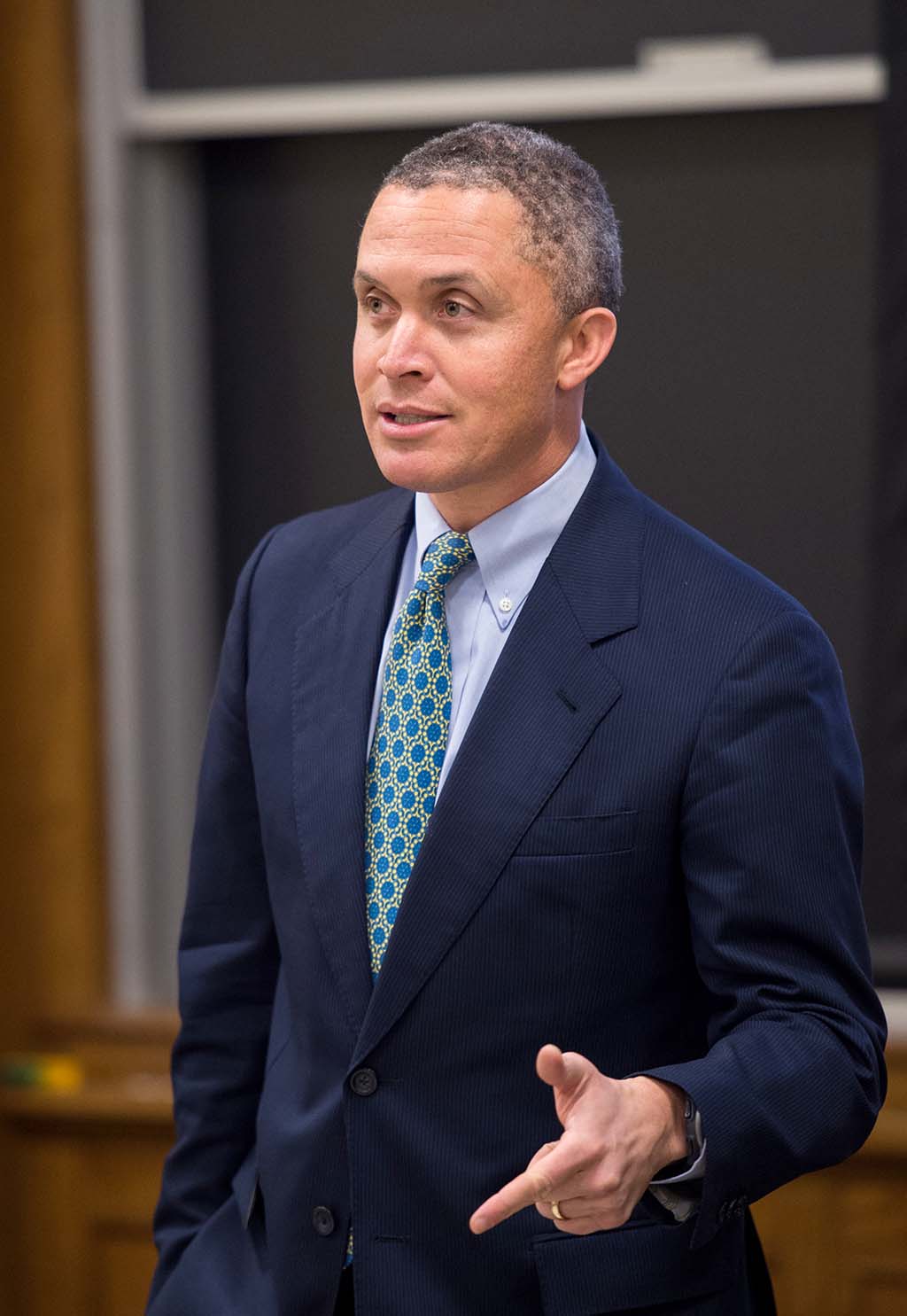 Harold Eugene Ford, Jr. was born in Memphis, Tennessee on May 11, 1970. He is a past chairman of the Democratic Leadership Council (DLC) and is a former member of the United States House of Representatives from Tennessee.  During his tenure in Congress Ford represented the state’s 9th congressional district from 1997 until 2007. This district included most of Memphis.  Bucking tradition, Ford did not seek reelection to his House seat in 2006 and instead unsuccessfully sought the Senate seat that was being vacated by the retiring senator Bill Frist.  Ford was the only African American member of the Blue Dog Coalition, a group of moderate Democrats.

After the 2002 mid term elections resulted in Democrats losing Congressional seats, Ford announced his desire to be House Minority Whip based on Democratic leader Nancy Pelosi’s charge that the democratic leadership was less than competent.  Ford was unsuccessful in his election bid, but surprised many politicians and pundits on both sides of the political aisle with the amount of support he garnered. A few observers suggested that he might become the Democratic nominee for vice president in 2004.  However, given the fact that he was only thirty-four years old, he was ineligible for the office. Ford would be four months shy of thirty-five on Inauguration Day (January 20, 2005).

In Congress, Ford had a moderate voting record.  He supported a restriction of benefits for same-sex couples, as well as the Federal Marriage Amendment (which would ban same-sex marriage).  He was one of the stronger Democratic voices (along with Joseph Lieberman of Connecticut) in support of the Iraq War and was critical of Senate Democrats who attempted to filibuster the Supreme Court nomination of Supreme Court Justice Samuel Alito. Moreover, he was one of the few Democrats who voted in support of the 2006 Bankruptcy Bill.  He also supported limitations on abortion, defining himself as a “pro-life” candidate.  However, he also opposed President George W. Bush’s energy proposals (including oil drilling in Arctic National Wildlife Refuge), spoke in support of adoption rights of same-sex couples, embraced universal healthcare coverage, announced his opposition to the death penalty, and indicated a desire to reexamine illegal drug polices.

Harold Ford was not immune from controversy. A June 7, 2005 article in The Washington Times reported that from 1998 to 2003, he took more than 60 privately funded trips but did not file travel disclosure forms with the House clerk for the trips, as required by the chamber’s ethics rules, until August 2003.  Ford’s office claimed the Congressman filed the required financial-disclosure statements for the trips as they were taken.

In October 2006, as polls indicated that Ford maintained a slight lead in the Tennessee Senate race against Bob Corker, the National Republican Party ran a controversial television advertisement featuring a blonde woman who claimed to have met Ford, who is single, at a Playboy Club Party.  Although Ford’s opponent Corker asked the Republican leadership to pull the ad, it refused. Corker pulled ahead in the polls and went on to defeat Ford in the November election by three percentage points. Even though Ford was unsuccessful in his senate run, a number of people were impressed by how close the race was given both his age and the fact that he had run in a traditional southern state.

Ford is the son of former congressman Harold Ford, Sr. and Dorothy (nee Bowles). He has three brothers, Jake, Isaac, and Andrew, and one sister, Ava. He is currently vice president at the Merrill Lynch Company.