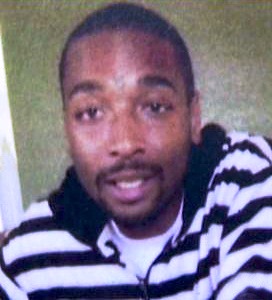 On August 11, 2014, 25-year-old Ezell Ford was shot and killed by Officers Sharlton Wampler and Antonio Villegas of the Los Angeles Police Department. Ford was fatally wounded west of the corner market at 65th Street and Broadway, one block from his home on 66th Street. After the incident, Ford was taken to CaliforniaHospital Medical Center, where he was pronounced dead at 10:10 p.m.

Born on October 14, 1988, Ford was the oldest of seven children. According to his great aunt, Mahalia Clark, Ford wanted to become a professional athlete and a doctor when he grew up. As Ford grew older, he began to lose some of the spark he’d had as a child, and was diagnosed with schizophrenia and bipolar disorder.

According to Clark, to clear his mind, Ford would often go for long walks through his neighborhood, which she believes he was doing on the day of his fateful death.

Two versions of the events were presented. One by the LAPD, the other by bystanders who were on the scene. According to LAPD Chief Charlie Beck, Ford ignored commands to stop, and was grabbed by Officer Wampler, who believed that he was trying to get rid of drugs. Ford apparently knocked Wampler to the ground and a struggle ensued. As the two men struggled, Ford allegedly reached for Wampler’s gun, at which point his partner Officer Villegas opened fire on Ford, hitting him in the side and his arm. Officer Wampler reached for his backup weapon, and shot Ford in the back. Prosecutors later stated that Ford’s DNA was present on Wampler’s holster, and that blood stains and scuff marks on Wampler’s belt were consistent with the statements made by the officers.

However, the reports of the bystanders in the area describe a different set of events. According to Ford’s mother, Mrs. Tritobia Ford, when she arrived on the scene, her son was lying on the ground and complying with the officers’ commands when he was shot three times. Another eyewitness, who requested to remain anonymous, stated that Ford was shot in the back. A third witness, Mrs. Ina Smalls, reported that she rushed outside when she heard gunshots and found officers standing over her neighbor’s 25-year-old son. She said he was on the ground, shot dead, and handcuffed on his stomach.

Ultimately, the Los Angeles Police Commission issued a mixed ruling on the shooting, finding that Officer Wampler was wrong to use deadly force, but cleared Officer Villegas in the fatal shooting. The board also faulted both officers for drawing their weapons at different points during the confrontation. A settlement of $1.5 million dollars was approved in February of 2017 for the family of Ezell Ford.