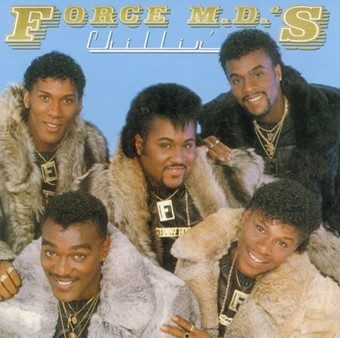 The R&B/ Rap Force MDs (Musical Diversity) started as The LDs, then connected with DJ Dr. Rock (Roger Daniels), who was born September 12, 1962, and performed as Dr. Rock & the Force MCs, a quintet, before establishing themselves in 1981 as Force MDs in Staten Island, New York. They were part of the popular New Jack Swing movement of the 1980s.

The ensemble comprised brothers Steven “Stevie” D. Lundy, born on May 8, 1962, Antoine Maurice Lundy was born on February 3, 1963, and Rodney “Khalil” Lundy, October 23, 1964, and their uncle, Jessie Lee Daniels born on July 4, 1963, Trisco Smith-Pearson was born October 23, 1962, and Charles “Mercury” Nelson was born on December 19, 1964. They were all from the Mariners Harbor Housing Project on Staten Island and early in their career were known for taking the Staten Island ferry to perform doo-wop/ hip-hop on Times Square, on Harlem street corners, and on the ferry itself.

After signing with Tommy Boy Records in 1984, Force MDs released the album Love Letters which included the singles “Let Me Love You” and “Forgive Me Girl” both of which peaked at no. 49 on the Billboard R&B chart and at no. 93 on the UK chart. Their single “Tears” reached no 5 on the R&B chart.

The Love Letters album also produced the 1985 hit singles “Itchin’ for a Scratch” which peaked at no. 13 on the R&B chart and their single, “Tender Love” which peaking at no. 10 in the Billboard Hot 100 chart and no. 4 on the R&B chart. It also reached no 23 on the UK chart and became their biggest hit, selling more than 500,000 records.

Charles “Mercury” Nelson died from a heart attack on March 9, 1995, in New York City at the age of 31. Roger “DJ Dr. Rock” Daniels died of natural causes on August 13, 1996 at the age of 34 and Antoine Lundy died at 35 from complications developed from Lou Gehrig’s disease on January 21, 1998, in East Stroudsburg, Pennsylvania.

In 2000, surviving members of Force MDs reunited and produced the album The Reunion on Mad Love Records label. The group experienced a brief bit of notoriety in 2009 when President Barack Obama indicated that Force MD was one of the groups on the playlist for Air Force One but it continued to lose members. Trisco Pearson died from cancer on September 16, 2016, in Bronx, New York at the age of 53. Despite that loss, the band continues to perform.