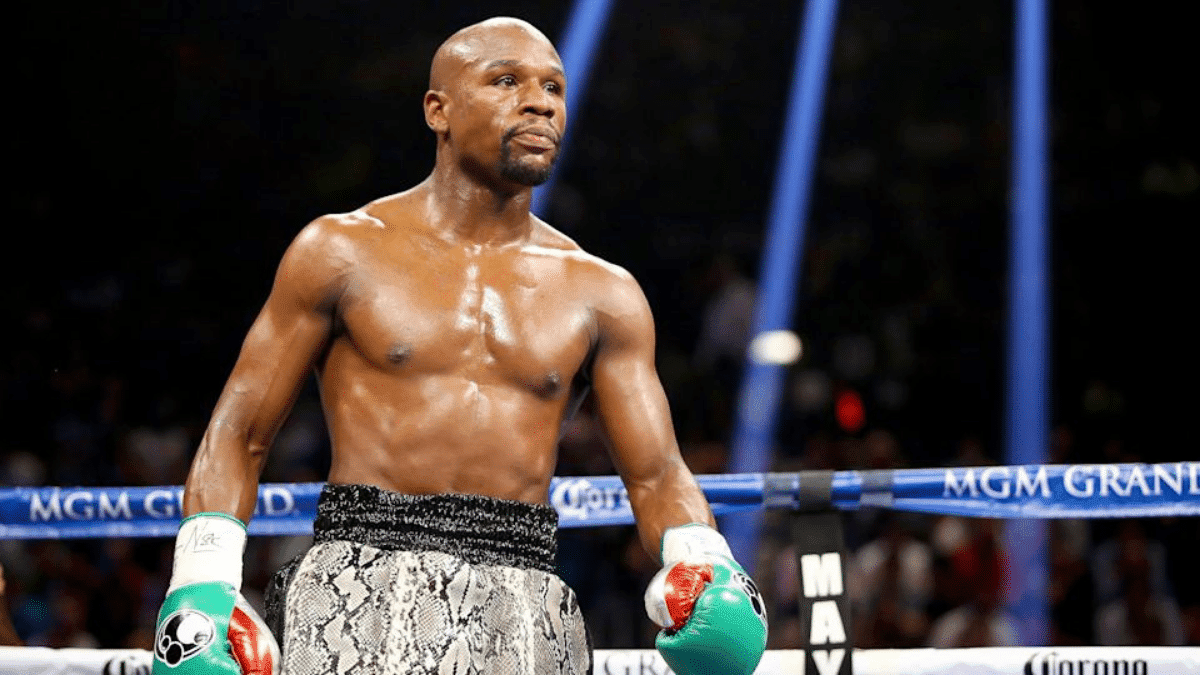 Growing up, Mayweather lived in the Hiram Square neighborhood of New Brunswick, New Jersey, with his mother’s relatives. He recalled coming from school seeing heron needles on the front lawn. His mother became addicted to drugs and his aunt died from AIDS because of drugs. Mayweather returned to Grand Rapids, Michigan, where he attended Ottawa Hills High School but dropped out.

After high school, Mayweather began his amateur boxing career and by 1992 he had a record of 84 wins and 8 losses. He won the national Golden Gloves championships in 1993 and 1996. Mayweather participated in the 1996 Summer Olympics Games in Atlanta, Georgia. He won the Bronze medal after losing to Bulgarian boxer Serafim Simeonov Todorov in a controversial decision. After the Olympics, Mayweather began his professional boxing career. During his boxing career from 1996 to 2007, he had many memorable boxing matches. In 1998, he won the WBC featherweight title against Genaro Hernandez by 8th round technical knockout.

Mayweather’s other opponents included Arturo Gatti, Zab Judah, Carlos Baldomir, Oscar De La Hoya, and Richard John “Ricky” Hatton. In 2008, Mayweather retired from boxing but came out of retirement the next year, 2009, to take on Juan Manuel Marquez, winning by a 12-round decision. After that fight he resumed his career, taking on fellow boxers Shane Mosley, Victor Ortiz, Miguel Cotto, Robert Guerrero, Santos Saul “Canelo” Alvarez Barragan, Marcos Maidana, Manny Pacquiao, and Andre Berto. After the Berto fight, he retired a second time in 2015. In 2017, Mayweather came out of retirement again to challenge Ultimate Fighting Championship (UFC) fighter, Connor McGregor. Mayweather, at age 40, defeated McGregor with a 10th round TKO and retired for a third time.

During his boxing career Mayweather topped Forbes’s highest-paid athletes list in 2012, 2013, 2014, and 2015. Over that career he earned $1.67 billion in revenue during his boxing career. He also became one of the most lucrative pay-per-view attractions of all time. Surpassing Pay-Per-View attractions including Mike Tyson, Lennox Lewis, Evander Holyfield, Manny Pacquiao, and Oscar De La Hoya. In 2006, he founded his boxing promotional firm called Mayweather Promotions. Mayweather won fifteen major world championships from super featherweight to light-middleweight weight classes and had a record of 50-0, making him one of the few boxers in boxing history to retire undefeated. In 2021, Mayweather was the introduction to the International Boxing Hall of Fame.

Mayweather was involved in several controversies, including domestic violence and battery convictions during his career despite his accomplishments. On December 21, 2011, Mayweather was sentenced by a Las Vegas, Nevada judge to serve 90 days in county jail, 100 hours of community service, a $2,500 fine and one year of mandatory domestic violence counseling for assaulting his former girlfriend, Josie Harris in September 2010. Mayweather, who has four biological children and one adopted son, remains active in the boxing business in 2022.