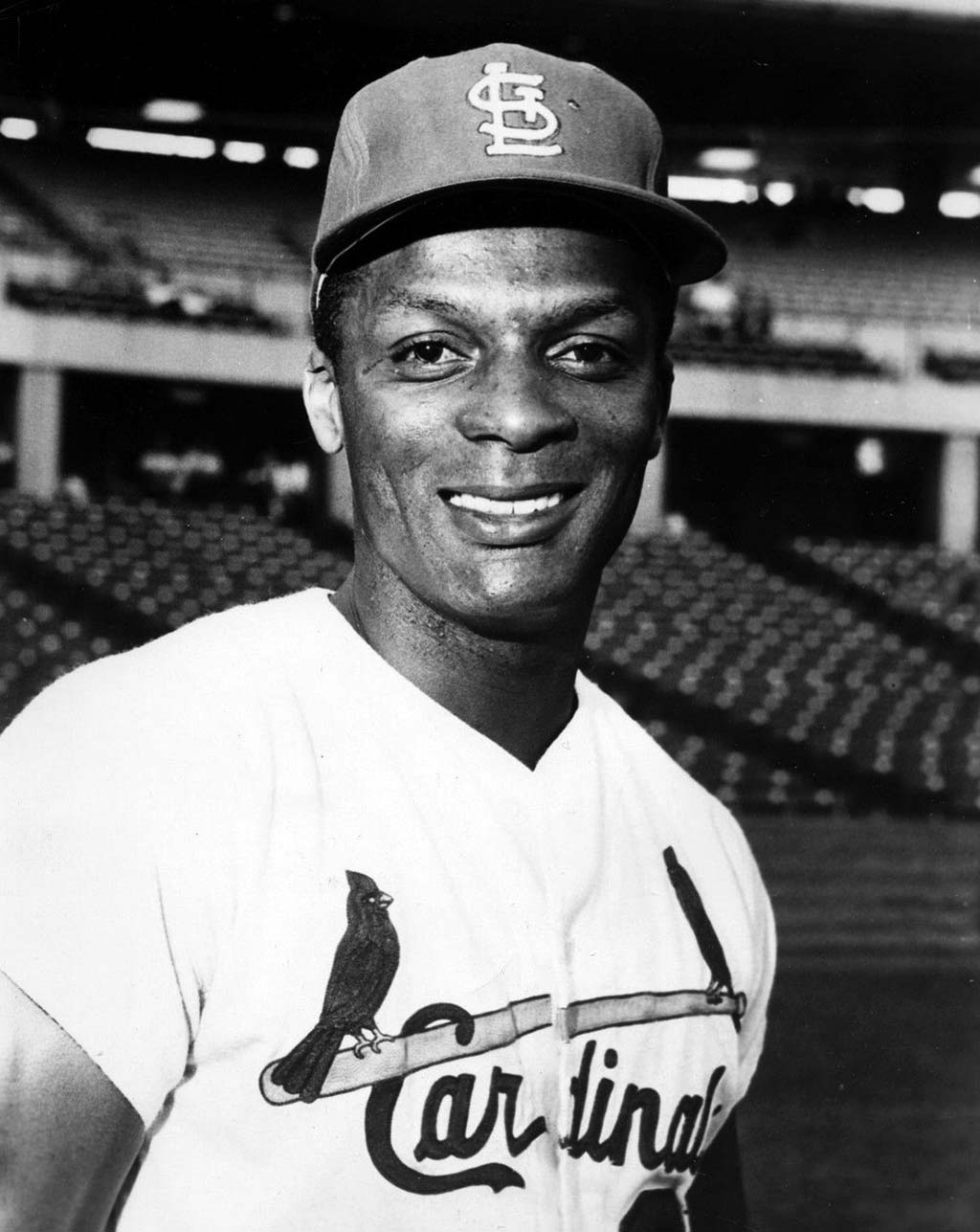 Curt Flood, an American Major League Baseball player best known for his challenge of the “reserve clause,” was born January 18, 1938 in Houston, Texas and was raised in Oakland, California.

Flood began playing baseball as a youth.  Showing great promise he signed a contract in 1956 with the National League Cincinnati Reds while he was an 18-year-old senior at Oakland Technical High School. After two seasons with the Reds, Flood was traded to the St. Louis Cardinals in 1958 where he played until 1969. During his eleven seasons with the Cardinals, Flood became one of the premier outfielders in the American League, going 226 games without an error, winning the Golden Glove Award seven times and helping the Cardinals win two World Series Championships in 1967 and 1969.

Curt Flood, however, is more widely known for his actions off the baseball field. After the 1969 season, he was traded from the St. Louis Cardinals to the Philadelphia Phillies – a team which at the time had a struggling record and according to Flood, had racist fans. Flood refused this trade, giving up a $100,000 annual salary.  Instead he and the Major League Baseball Player’s Association (MLBPA) challenged the Major League Baseball reserve clause, which allowed for the St. Louis Cardinals to trade Flood without his consent.  He petitioned the League’s commissioner Bowie Kuhn to allow for him to become a free agent, which meant he would have the right to go to the team of his choice.  Kuhn refused Curt Flood’s request.  Flood then filed a $1 million lawsuit  in 1970 against Kuhn and Major League Baseball.  Flood v. Kuhn worked its way quickly through the court system to the U.S. Supreme Court, which ruled 5-3 in favor of Major League Baseball.

Flood sat out the 1970 season and was signed by the Washington Senators in 1971. He played with the Senators for two months before quitting the team and leaving for Europe where he spent time painting and writing his autobiography The Way It Is, which was released in 1971. After he retired, Flood spent time as a broadcaster for the Oakland Athletics.

Curtis Charles Flood passed away in 1997 at the age of 59 as a result of throat cancer. Although he lost his battle with the reserve clause, other major league players would benefit from his actions.  In 1975, Major League Baseball began to dismantle the reserve clause, allowing players to obtain free agent status upon the conclusion of their Major League contracts.  Through his actions off the field, Curt Flood became one of the most influential individuals in the fight for Major League Baseball player rights.