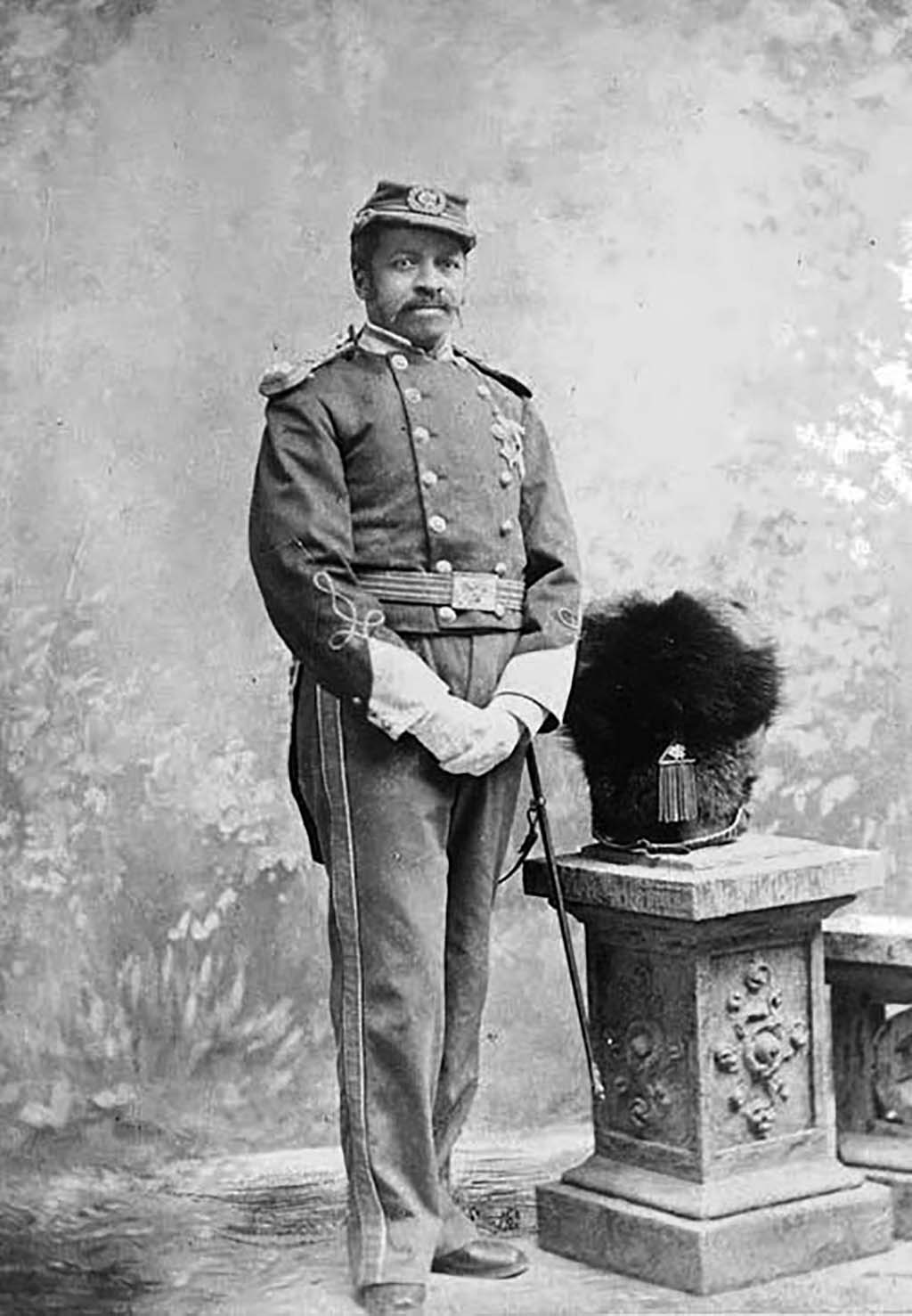 Christian Fleetwood, soldier, choir master, clerk, and abolitionist, was born free in Baltimore, Maryland to Charles Fleetwood and Anna Marie Fleetwood on July 21, 1840. At an early age, Christian Fleetwood showed signs of intelligence and quickly endeared himself to the wealthy sugar merchant John Brune, who thought of Fleetwood as a son and provided him with an education.

Fleetwood continued his education with the Maryland Colonization Society which was attempting to found a colony for free blacks in Liberia. During his early life, Fleetwood was greatly involved in promoting the African colonization movement. At the age of 16, he took a trip to Liberia and Sierra Leone to experience African colonial life. Fleetwood considered leaving the United States and permanently moving to Liberia but eventually decided against it, believing he would make a more significant impact as an abolitionist in the United States.

After graduating from the all-black Ashum Institute in Oxford, Pennsylvania, Fleetwood returned to Baltimore, where he was one of the founding members of Maryland’s first black journal, the Lyceum Observer, a forum for the advancement of black rights. He was also a regular contributor to several Episcopalian newspapers, most notably the Christian Recorder. Throughout his life, Christian Fleetwood was deeply involved in the Episcopalian church, serving as choir master to many individual churches. For years he thought of becoming a preacher but ultimately decided against it.

On August 11, 1863, Christian Fleetwood enlisted in the 4th Regiment United States Colored Infantry. Due to his education and organizational experience Fleetwood was given the rank of sergeant upon enlisting and was promoted to sergeant major after eight days.

Most of Fleetwood’s military career was largely uneventful. His regiment rarely saw combat. He was present at several unsuccessful sieges of Richmond, Virginia. During the first two sieges, the Union Army had been repelled while Fleetwood’s regiment was still marching towards the city.  He was also present at the infamous “Battle of the Crater” (July 3, 1864) at Petersburg, where his regiment was in the reserves but was not engaged in the battle.

Throughout the war, Fleetwood’s regiment mostly engaged in construction work for the Union Army, rebuilding fortifications and digging trenches. During this time, Fleetwood suffered from disease and boredom. In his diary, he frequently wrote that there was nothing to do.

On September 29, 1864, Fleetwood fought in the battle of New Market Heights, a skirmish that was part of the Siege of Petersburg. It was during this battle that he carried the flag after two color bearers had been shot down. Although Confederate bullets ripped through his clothes during the battle, Fleetwood made it out uninjured. For his service in the battle of New Market Heights, Fleetwood was awarded the Congressional Medal of Honor.

After the war, Christian Fleetwood applied to be a commissioned officer but was denied. He left the army and returned to being a choir master at several churches in Washington, D.C. where he died of heart failure on September 28, 1914, at the age of 74.