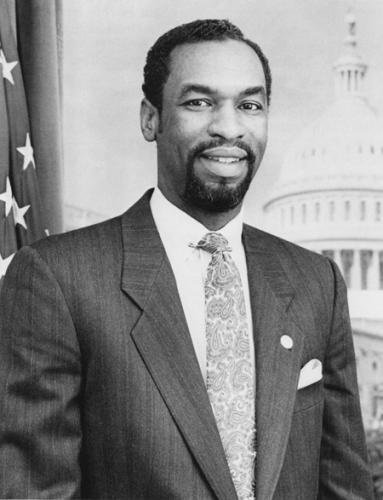 Floyd Harold Flake was born to Robert Flake, Sr. and Rosie Lee Johnson-Flake on January 30, 1945 in Los Angeles, California. Flake, though born in California, grew up in Houston, Texas and attended public schools there until his move to Ohio to attend Wilberforce University.  He graduated from Wilberforce in 1967. Flake then entered the graduate program at Payne Theological Seminary in Ohio and studied business administration at Northeastern University in Boston until 1976. He also earned a Doctor of Ministry Degree from the United Theological Seminary in Ohio.

In the years between academic studies, Flake worked as a salesman, a marketing analyst, assistant dean of students at Lincoln University, and director of the Afro-American Center and university chaplain at Boston University. The next ten years, 1976 to 1986, Flake was a minister at Allen African Methodist Episcopal (AME) Cathedral in Brooklyn, New York, one of the largest churches in the city. Under Flake’s leadership, the church grew from about 1,400 members in the mid-1970s to over 23,000 parishioners by the early 1990s.

In June of 1986, Flake was elected to New York’s Sixth Congressional District which included Jamaica, Queens, and surrounding neighborhoods.  He held the seat for the next decade.  In his first Congressional term, Flake enjoyed committee assignments that coincided with his community interests in New York. He served on the Banking, Finance and Urban Affairs Committee, the Committee on Small Business, and the Select Committee on Hunger. During his term in Congress, Flake continued to serve as pastor of Allen AME Cathedral and in 1991 founded a 750-student private school, the Allen Christian School.

Although a Democrat, Flake endorsed Republicans George Pataki for Governor of New York and Rudolph Giuliani for Mayor of New York City. In 2006 he was the Ohio co-chair of Republican Ken Blackwell’s unsuccessful bid for governor of Ohio.

Flake resigned from Congress on November 17, 1997 to return to full time duties as the senior pastor of then Allen A.M.E. Cathedral.  In 1997, he published a book titled The Way of the Bootstrapper: Nine Action Steps for Achieving Your Dreams, which became a national bestseller. Rev. Flake,  a member of Alpha Phi Alpha Fraternity, is a past president of Wilberforce University in Ohio.  He and his wife, Margaret Elaine McCollins, have four children.