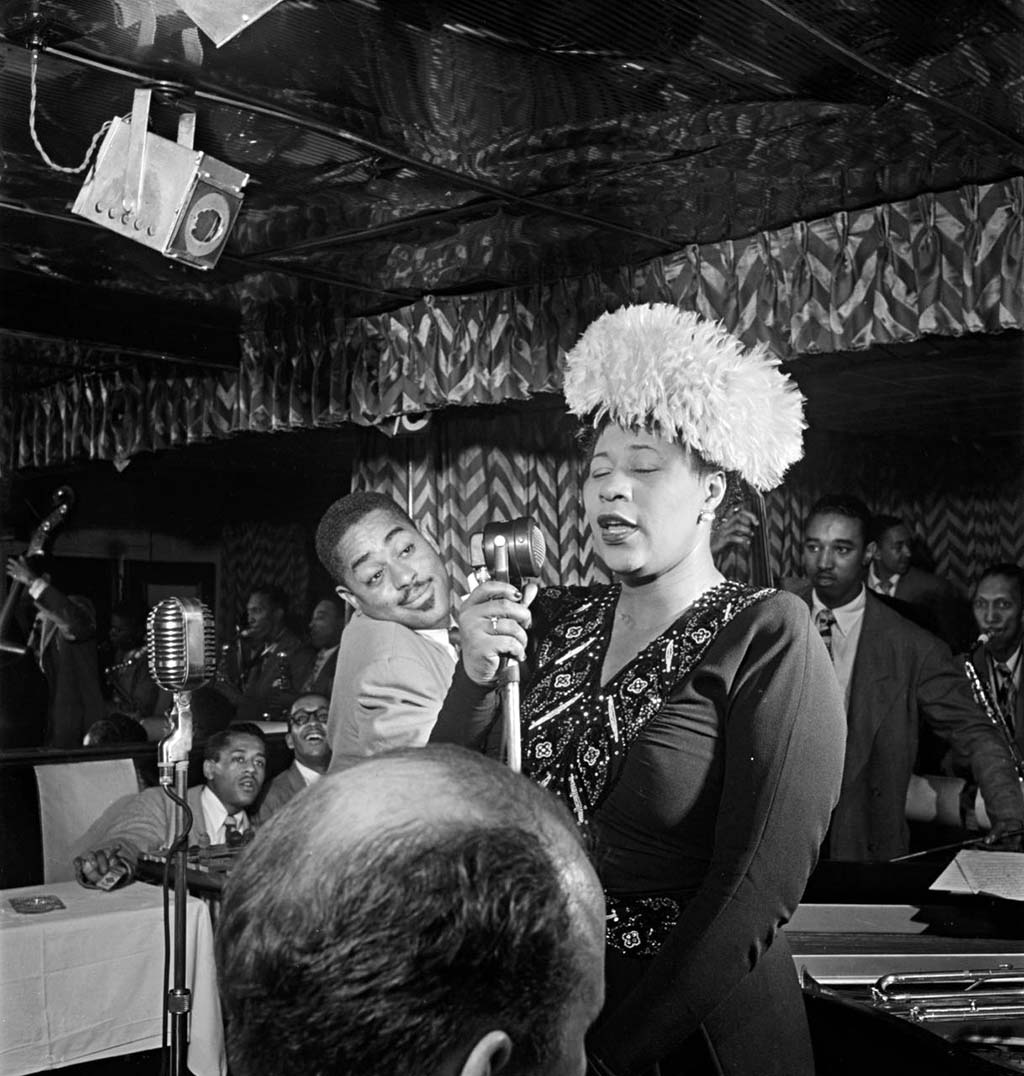 Ella Fitzgerald was a female jazz singer considered without equal at the height of the jazz era.  Her voice had an amazing and vibrant range that allowed her to sing nearly every jazz style.  Ella was also an accomplished composer and bandleader who performed into the 1990s.

Born in Newport News, Virginia on April 25, 1917, Ella  grew up in Yonkers, New York in poverty.  She developed a love of music from a young age and at 17 won an amateur contest at the Apollo Theater in Harlem with her rendition of “Judy” that earning her a week’s engagement at the prestigious entertainment venue.  Additionally she was noticed by jazz drummer Chick Webb.

Ella Fitzgerald immediately joined Webb’s band and started performing at Harlem’s Savoy Ballroom.  Her first national hit in 1938 was “A-Tisket, A-Tasket,” a jazz version of the nursery rhyme.  After Webb’s death in 1939, Fitzgerald led the band for the next three years, a testament to her leadership and talent.  In the 1940s Ella had developed a mastery of scatting, bop, and ballad.  Her style was not as emotional as rival Billie Holiday’s, but she infused a vibrance and excitement into her music.  Among her hits at the height of her popularity were “Lady Be Good,” “How High the Moon,” “Flying Home,” “Undecided,” and a collection of “Songbooks” with compositions from Duke Ellington, George Gershwin, Cole Porter, and others.

In 1943 Ella Fitzgerald became the youngest member of the American Society of Composers, Authors, and Publishers.  She wrote several hits during the 1940s including “You Showed Me the Way,” recorded by Billie Holiday, and “Oh, but I Do,” recorded by Nat King Cole.

Ella Fitzgerald continued to perform into the 1980s.  In 1991 she won her 13th Grammy award for “All That Jazz” and in was inducted into the National Woman’s Hall of Fame.  Over the course of her career, Fitzgerald won thirteen Grammies, sold over 40 million records, performed for 58 years, and elevated jazz singing to new heights.  She died in Beverly Hills, California in 1996.