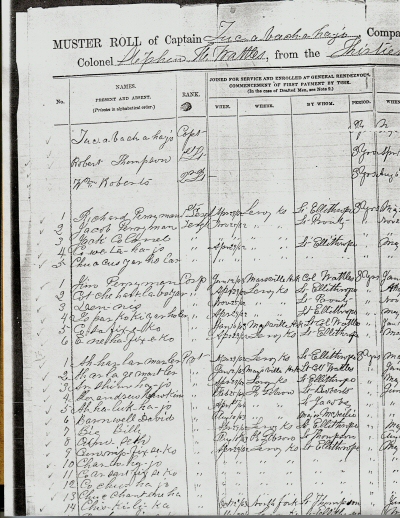 The First Indian Home Guard Regiment was a tri-racial Union regiment first organized in Kansas in May 1862. The regiment was made up of Creek and Seminole Indians, African Creeks and African Seminoles with white officers commanding the unit.  Though their numbers were few, the blacks in the unit played a key role in the regiment. Because most of the Indians did not speak English, the bilingual blacks served as interpreters and provided a cultural bridge between the white officers and the Indian soldiers. The unit had its origins among those in the Creek and Seminole nations who opposed the signing of treaties with the Confederacy, and followed the Creek chief Opothlayahola on his exodus from the Indian Territory to Kansas in November-December 1861.