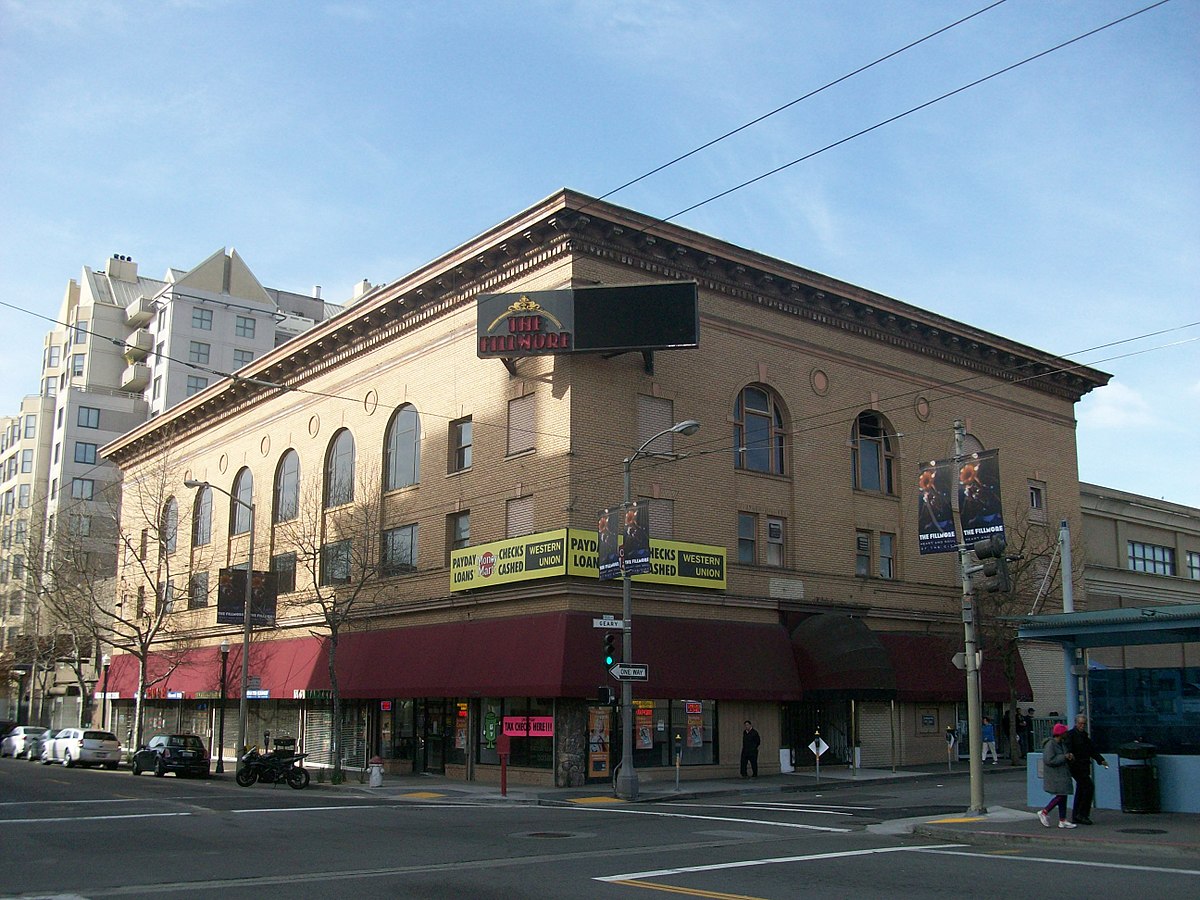 Although Third Baptist Church, the first black church of San Francisco, was established in 1852 in the Fillmore District, located west of downtown San Francisco, this historic area has been the home to a number of ethnic groups throughout its history. In the 1870s, Fillmore was largely Jewish. By the turn of the twentieth century, Filipinos, Mexicans, Japanese, Russians, and African Americans lived in the area.

After the Earthquake of 1906, Fillmore became an entertainment destination with the relocation of several clubs and theaters there. The most important was the Majestic Ballroom, which was renamed the Fillmore Auditorium in 1952. Other clubs included Jack’s Tavern, Club Alabam, and Town Club all of which featured local African-American performers who lived in the surrounding community.

Up to 1942, only a few hundred African-American families resided throughout this multi-ethnic, working-class district. When President Roosevelt signed Executive Order 9066, the Japanese residents of the Fillmore District were relocated, and the vacant buildings soon housed African-Americans who relocated to the west coast to work in the defense industries around the Bay Area.

With the overall African-American population explosion in the city (from 4,800 to 43,000 during the World War II decade) the Fillmore for the first time became known as a black district. By 1943, approximately 9,000 African-Americans crowded into largely substandard housing previously occupied by 5,000 Japanese Americans. By the end of the war, local residents called Fillmore the “Harlem of the West.”

The migrant workers brought their music and social traditions with them and soon new clubs sat alongside the earlier establishments and supported a flourishing musical scene that featured acts such as Billie Holiday, Dinah Washington, Lionel Hampton, Redd Foxx, Charlie Parker, Sammy Davis, Jr. and Miles Davis. In 1962, Malcolm X, one of a growing number of political speakers, was the headliner at the Fillmore Auditorium.

By the late 1960s, the Fillmore underwent another change as it became the center of the city’s counterculture movement. Despite the influx of thousands of mostly white newcomers from across the nation, who by 1968 helped produce the “summer of love,” some Fillmore residents continued to support Rhythm and Blues artists such as Etta James, Howling Wolf, Otis Redding, and Ike and Tina Turner.

Since the 1970s, the African-American population of the Fillmore District has been in steady decline as the high cost of housing or the reduction in the number of well-paying blue collar jobs prompted a migration to other areas of the state and often out of the state.

The Historic Fillmore Jazz Preservation District, established in 1995, has attempted to maintain the musical legacy of the District with popular venues such as Sheba Piano Lounge, The Boom Boom Room (formerly Jack’s Tavern), Rasselas Jazz Club, and Yoshi’s Jazz Club. Yet the significant gentrification in the District means that few African-Americans still call it home.