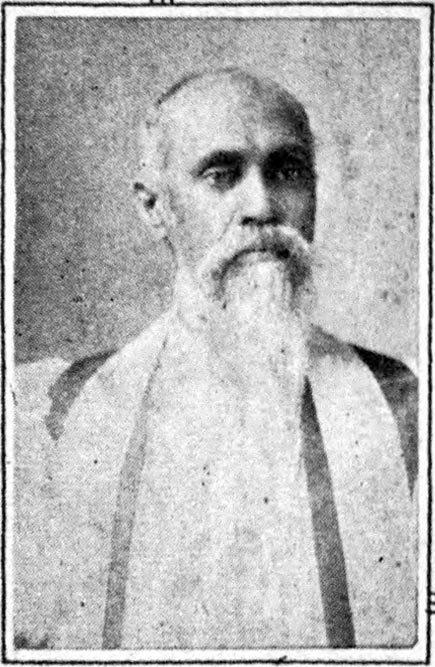 Born in Antebellum South Carolina, the Rt. Rev. Samuel David Ferguson emigrated to Liberia as a child and became the first African American member of the Episcopal House of Bishops. As is sometimes thought, he was not the first African American Episcopal bishop. That distinction is held by James Theodore Holly, who became a bishop 1874 after emigrating to Haiti. Earlier in 1804, Absalom Jones became the first black priest ordained in the Episcopal Church.

Samuel David Ferguson was born in Charleston in 1842. He was baptized in a Charleston Episcopal church as an infant and at the age of six left for Liberia with his family. Ferguson attended Episcopalian-run mission schools and was a teacher at a boys’ boarding school in Cavalla in 1862 and at a Mount Vaughan high school from 1863-1873.

In 1865 Ferguson was ordained a deacon and two years later was ordained a priest, serving in St. Mark’s Church in Harper. In 1885 at the Grace Church in New York City, Ferguson was consecrated as the Missionary Bishop of Cape Palmas and its adjacent territory and became the first African American member of the House of Bishops. He returned to Liberia and continued his work in the field of education, founding a number of schools in local villages including Cuttington College and the Julia C. Emery Hall at Bromley Mission.

In 1889 Ferguson founded Cuttington College in Cape Palmas using seed money from Robert F. Cutting who was treasurer of the Episcopal Board of Missions. The funding allowed Ferguson to purchase 100 acres of land with a vision of educating residents in the practices of industry and agriculture. Now located in Suakoko and operating as Cuttington University, the school offers undergraduate and graduate programs despite suffering significant damage from ongoing civil disturbances. Located near Clay-Ashland, the Julia C. Emery Hall was founded as a girls’ school in 1905 and is still in operation today as part of the Bromley Mission. The school recently received funding for restoration from damages it suffered as well.

Through his work as an educator and a clergyman, Ferguson is said to have mentored some of Liberia’s most successful citizens. After a career that spanned over fifty years, Ferguson died in 1916 at the age of 74 in Cape Palmas.