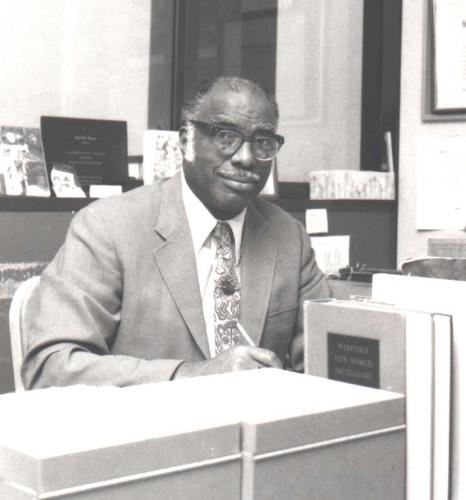 Lloyd Ferguson, the first African American to receive a Ph.D. in chemistry from the University of California, Berkeley, was born February 9, 1918, in Oakland, California. Growing up in Oakland, Ferguson was always passionate about school, particularly science. In the eighth grade, he bought a chemistry set which allowed him to do experiments and create substances such as gunpowder. Raised by his parents and grandparents, Ferguson was forced to get a job while in high school because his father lost his job during the Great Depression. Ferguson delivered newspapers, and after high school, he worked as a laborer for the Works Progress Administration (WPA) to save money for college.

Ferguson attended the University of California, Berkeley earning a Bachelor of Science in chemistry in 1940 and a Ph.D. in chemistry in 1943. One of his main contributions at Berkeley was developing a compound that could lose and gain oxygen rapidly. This compound was a type of hemoglobin and was later used as a source of oxygen for submarines. He went on to study the sense of taste through chemistry.

Ferguson joined the faculty of North Carolina Agricultural and Technical College in Greensboro, North Carolina in 1943. In 1945, he moved to Washington D.C. to join the faculty at Howard University, where he chaired the chemistry department during the early 1960s. While at Howard, Ferguson created the first doctoral program in chemistry at an African American university. He left Howard University in 1965 to become the chair of the chemistry department at California State University at Los Angeles, where he remained until retiring in 1986.

Ferguson was a member of the American Chemical Society and did research for the National Institutes of Health. He lives in Southern California. He passed away on November 30, 2011. He was 93 years old.

Gabrielle S. Morris, Head of the Class: An Oral history of
African-American Achievement in Higher Education and Beyond
(New York,
Twayne Publishers, 1995);
http://jchemed.chem.wisc.edu/JCEWWW/Features/eChemists/Bios/Ferguson.html.