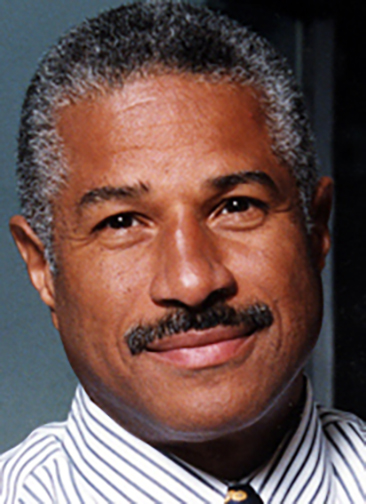 Philip “Felipe” Luciano, poet, activist, musicologist, and journalist was born November 24, 1947 in East Harlem to Aurora Olmo Luciano, a factory worker and practical nurse, and Joseph Luciano, Jr., He was reared in East Harlem and Brownsville. Aurora, a devout Pentecostal, read extensively to Felipe, while teacher Ethel Schapiro exposed him to Shakespeare, Hemingway, Yiddish, and Judaism. As a pre-teen, Luciano joined the Canarsie Chaplains gang, which led to a second-degree attempted manslaughter conviction for his involvement in the stabbing death of a rival gang member in Bushwick (1964). He served two years at Coxsackie Correctional where he completed his GED and upon release, HARYOU-ACT and SEEK assisted his Queens College-CUNY entry as a political science major.

A member of the Original Last Poets, with Gylan Kain and David Nelson, Luciano helped pioneer percussion-laced call and response spoken word art, a precursor to hip-hop. First performed on Malcolm X’s birthday May 19, 1968 at Harlem’s Marcus Garvey Park, the group’s name is rooted in South African poet “Little Willie” Kgosietsile’s belief that “after this there will be no more poetry, just the spear puncturing the villain.”

Luciano was re-introduced to a new generation of fans when performing his 1971 “Jíbaro, My Pretty Nigger” on HBO’s Def Poetry Jam (2003). His best-known work challenged Puerto Ricans to accept their Blackness, island roots, and shared plight with African Americans. As a member of the Boricua Artists Guild, with Pedro Pietri, José Angel Figueroa, and Victor Hernández Cruz, Luciano helped bridge the Nuyorican and Black Arts Movements (1974).

Luciano became the first Puerto Rican WNBC news anchor, co-anchoring with Carol Jenkins (1976-1980); and co-hosted Good Day Street Talk at Fox-5. He served as Air America vice-president of news (2006); and drew on his personal experiences with police brutality when he was appointed New York City Task Force on Police and Community Relations commissioner (1997). He twice-ran unsuccessfully to unseat incumbent Philip Reed who represented Manhattan’s Eighth District, losing in the Democratic primary in 2001 and 2005.

Luciano traveled to China with the Black Workers Congress (1972), co-founded Eagle Academy, and was a member of 100 Hispanic Men, Community Board #11, and the Fortune Society. Luciano was married to community organizer Iris Morales and is a father of three. He has hosted a variety of NYC radio programs on WRVR (1972-1975), WLIB, WBLS, and WBAI. Currently, Luciano host Latin Roots on WBAI 99.5FM and is president of Luciano Productions. A Silurian and two-time Emmy Award winner, Luciano is one of the most recognized US Afro-Latinos.