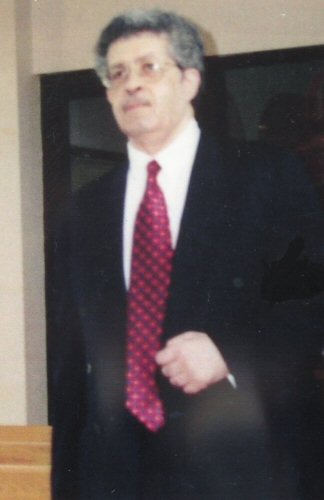 One of the less known of the tiny group of African American science fiction writers and one of the first black authors to publish in that genre, John M. Faucette, Jr. grew up in New York’s Harlem.  A contemporary of the celebrated black science fiction writer Samuel Delany, another Harlem resident, Faucette graduated from the Bronx High School, attended the Polytechnic Institute of Brooklyn where he majored in chemistry, and later studied writing at New York University’s School of Continuing Education.

While a college freshman Faucette penned his first science fiction novel, Warriors of Terra, inspired by the gang wars in Harlem, which was published in 1970 by Belmont Books.  His story of a purple-skinned swordsman in The Age of Ruin (Ace, 1968) was his favorite character because, he said, it “satisfied the rebel in me.”  Faucette wanted to showcase black heroes in his work and complained that white readers and white publisher were reluctant to accept them.  Violent conflict and revenge were often-repeated themes in his novels such as Crown of Infinity (Ace, 1968) and Seize of Earth (Belmont Books, 1968).  Faucette also published the mainstream urban novel Disco Hustle (Holloway House, 1976) and short stories in Artemis Magazine and AIM Magazine.  Faucette died in January 2003.