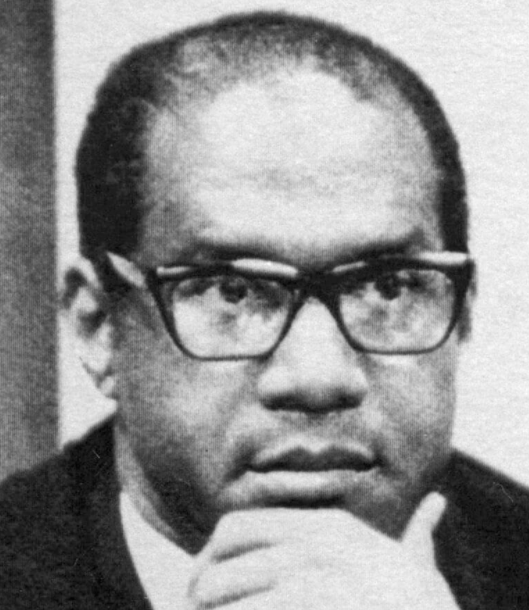 Jerome Farris, Judge of the United States Court of Appeals for the Ninth Circuit, was nominated for appointment by President Carter July 12, 1979.  Judge Farris took Senior Status on March 4, 1995.

Judge Farris was born in Birmingham, Alabama on March 4, 1930.  He earned a Bachelor of Science Degree with department honors in mathematics at Morehouse College, then added a Master of Social Work degree at Atlanta University in Georgia.  He later earned his Juris Doctor degree at the University of Washington, where he was a member of the Law Review, the Oval Club, and served as president of the Law School Student Body and is a member of the Order of the Coif.  He worked as a Juvenile Probation Officer while earning his law degree.

Judge Farris served as Chairman of the Executive Committee of the Ninth Circuit Judicial Conference in 1989.  He is a past president of the University of Washington Board of Regents on which he served for 12 years.  He also served as a member of the Board of Trustees of Morehouse College from 1999 to 2014, and remains a Trustee Emeritus. He served as a member of the Board of Visitors of the Harvard Law School from 1996 to 2005 and recently served two terms on the Judicial Wellness III Committee for the Ninth Circuit.

Judge Farris is a former trustee of the Seattle-King County Bar Association and former chairman of the Washington Council of the National Council on Crime and Delinquency.  He was a member of the University of Washington Law School Foundation, the Governor’s Conference on Library and Information Services, the Seattle Youth Commission, the King County Mental Health-Mental Retardation Board, and a delegate to the White House Conference on Children and Youth.  He has served on the boards of the Seattle Urban League, Seattle Opportunities Industrialization Center (SOIC), United Way, and Totem Council, Girl Scouts of America.  He taught sixth grade Sunday School class for several years and has been active in many civic and fraternal organizations.

After graduating from law school, during the early years of his practice, Judge Farris remained in Seattle and worked for the law firm of Weyer, Roderick, Schroeter and Sterne. Within five years he and Leonard Schroeter started their own firm known as Schroeter and Farris.  In 1969 he was appointed as a judge on the Washington State Court of Appeals for Division I. He was unanimously elected the first presiding Chief Judge of the Court of Appeals for the term January 1977 to January 1978 and served as Chief Judge of Division I for the years 1977 and 1978.  He served on that court from August 1969 until his appointment to the United States Court of Appeals in 1979.

Judge Farris, a widower, was married for many years to Jean Shy Farris whom he had met while they were students in Atlanta. They made their home in Seattle and raised two daughters.  He was a founding member of Alpha Omicron Boule of Sigma Pi Phi fraternity and a member of Alpha Phi Alpha fraternity.